Mike Wheeler, the crew chief who led Denny Hamlin to the 2016 Daytona 500 victory, has joined Leavine Family Racing for the 2019 season. 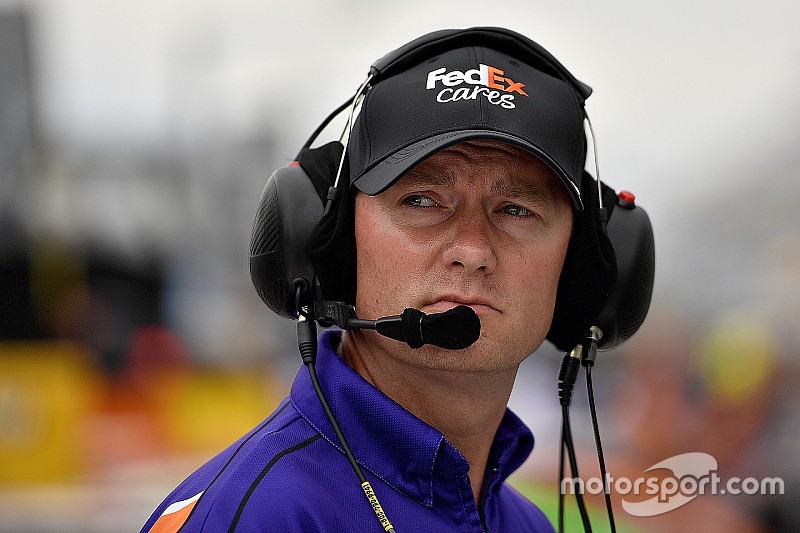 Wheeler, a native of Southold, New York, will be paired with driver Matt DiBenedetto at Leavine Family Racing, which is making the switch to Toyota and TRD power for the 2019 season.

Wheeler has spent the last three seasons as crew chief for Denny Hamlin at Joe Gibbs Racing, ending their relationship with a pole and a 12th-place finish in the Homestead-Miami Speedway finale. The duo won five races together, including the 2016 Daytona 500 and the 2017 Southern 500 at Darlington Raceway. But they went winless this year, marking the first time in Hamlin's career he went winless for a full season.

“We’re thrilled to have Mike (Wheeler) joining our organization because he’s had a successful career so far in the crew chief role,” said LFR General Manager Jeremy Lange.  “With our transition over to Toyota this coming season, Mike brings with him a wealth of knowledge in regard to how to build competitive Toyota Camrys, and we’re looking forward to his leadership within LFR.”

Wheeler joined JGR in the mid-2000s and held an engineering position with the No. 11 Cup team when it was first formed in 2005. He first called the shots atop the pit box in a Cup race in 2014, serving as an interim crew chief for Hamlin in six races that year.