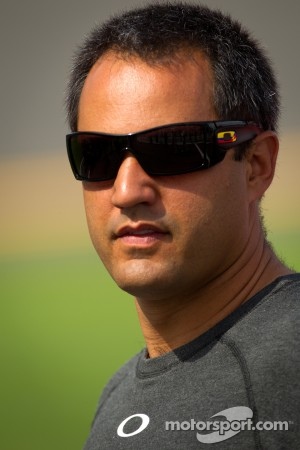 TELL US WHAT HAPPENED?

DID YOU TALK TO THE DRIVER OF THE JET DRYER TRUCK?

"He came with me (in the ambulance). He was pretty scared, but he looked ok."

WHAT THE HECK HAPPENED?

"I told them when I left the pits something wasn't right and I felt a weird vibration when we were with the pack. Every time I got on the gas, it vibrated. So, I came back in and they checked all the rear-end and they said it was ok. I was going down the back straightaway, and I was going in fourth gear, but, we weren't even going that fast. Every time I got on the gas I could feel the rear really squeezing. I got on the brakes to travel up and while I was telling the spotter to have a look on how the rear was moving, the car just turned right."

WE ARE GLAD YOU ARE ALL RIGHT

“To be honest with you, it is tough. We were running a really smart race. Everyone on the Target Chevy really did a good job today. Just move on to Phoenix."

TELL US WHAT HAPPENED?

“I did the pit stop and when I came out of the pits I felt a vibration in second gear. I told them I think either a transmission broke or something. I went to third gear and when I accelerated the vibration came back. I came back into the pits, they looked at everything tight and ok. I went again and I was in fourth gear. I wasn’t even going that fast and it was moving and traveling a lot. It just felt really strange, as I was talking on the radio the car just turned right.”

DID YOU HEAR THE EXPLOSION?

“Oh yeah, it burned the helmet and everything. It’s not where you want to finish the Daytona 500. Everybody on the Target team, with this great Chevy car, did an amazing job today. We didn’t bump anybody, nobody bumped us, and we only had 40 laps to go. I thought we had a great car. I thought we were in the right place. Everything was working well and go through that, it sucks.”

HOW ARE YOU FEELING?

“My foot hurts. I was full on the brakes and when I hit, I hit driver’s side and my foot slipped onto the clutch and it scratched the top of my foot.”

WHAT WAS THE TRACK LIKE? DID YOU GET TO SEE THE SURFACE OF THE TRACK?

WERE YOU PLEASED AT HOW QUICKLY YOU WERE ABLE TO GET OUT OF THE CAR?

THE PERSON IN THE JET DRYER IS OK CORRECT?

“I am sure he is pretty shaken and is going to be sore, but I think he is ok.”

WHAT WAS GOING THROUGH YOUR HEAD WHEN YOU REALIZED YOU WERE GOING TO HIT THE TRUCK?

“I didn’t think about the truck, I thought ‘I’m actually hitting the jet and it’s not going to be fun.’ Before I got there I was thinking ‘this thing is going to be on fire pretty bad’ and it was.”

COULD YOU FEEL THE HEAT IMMEDIATELY?

“I saw the flames. My helmet got a little burned and everything, but move on.”

Edwards and Biffle reflect on effects of Daytona postpoment