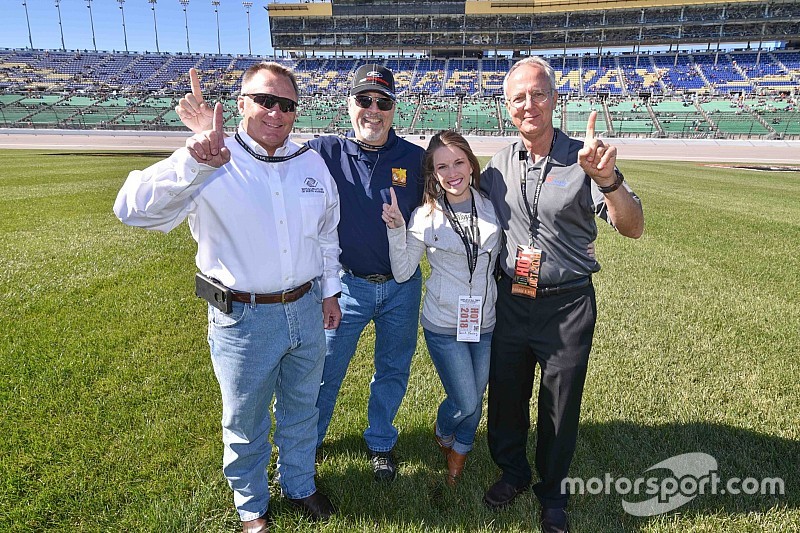 The NASCAR Foundation unveiled its four finalists for this year’s Betty Jane France Humanitarian Award on Sunday at Kansas Speedway.

The eighth annual award, named in honor of the foundation’s late founder and chairwoman, honors NASCAR fans who are also accomplished volunteers working for children’s causes in their communities throughout the United States.

The overall award winner will be determined by an online vote, which begins today through 5 p.m. ET Nov. 19, at NASCARfoundation.org/Award.

The overall winner will be announced on Nov. 29 at the Monster Energy NASCAR Cup Series Awards in Las Vegas. The NASCAR Foundation will donate $25,000 to the charities represented by the award finalists, with the overall winner’s charity receiving a $100,000 donation.

Here are the four finalists:

You can also check out a video of the four finalists: https://www.youtube.com/watch?v=Prkyvw050bU&feature=youtu.be.

“This year’s stellar group of finalists consists of loyal longtime NASCAR fans who also are outstanding people,” said NASCAR Foundation Chairman Mike Helton. “Each of these individuals demonstrates, on a daily basis, true commitment and passion for their causes.

“Their good works are exactly the sort of volunteerism Betty Jane France wanted to spotlight, when the award was created.”

Since the award’s inception, The NASCAR Foundation has impacted the lives of more than 260,000 children by providing more than $1.2 million in contributions to charities represented by finalists for the award.

Note: Motorsport.com NASCAR Editor Jim Utter is among the panel members who assist in the awards selection process.