NASCAR drops the hammer on more teams after Texas 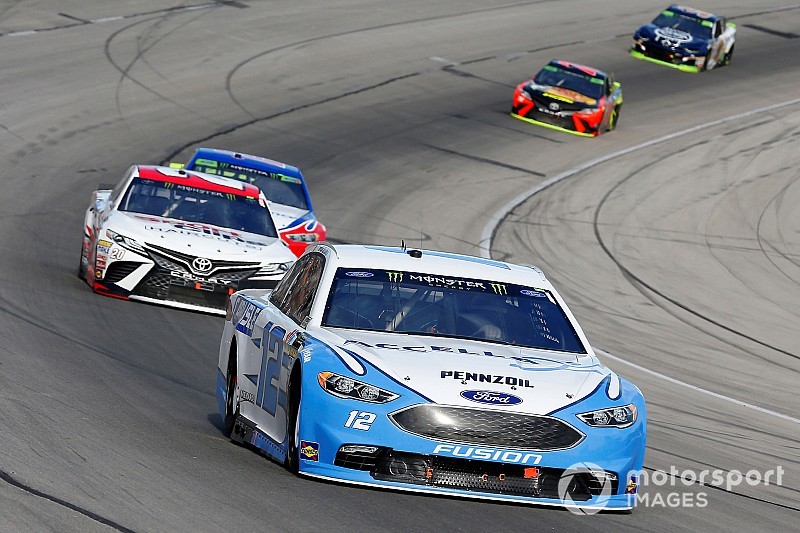 In addition to Kevin Harvick’s major penalty, Ryan Blaney’s and Erik Jones’ cars also failed inspection and were given penalties on Wednesday.

While Kevin Harvick’s winning car being found to have an illegal rear spoiler was the big news coming from the NASCAR R&D Center, the other two cars sent back for inspection were also found with violations.

The No. 12 Team Penske Ford of Ryan Blaney was assessed an L1 penalty after an infraction of the rule that “all filler panels must remain permanently attached for the entire event."

With the penalty, Blaney’s crew chief Jeremy Bullins has been fined $50,000 and car chief Kirk Almquist has been suspended for the next two Cup Series races (the remainder of the season). The team also lost 20 driver points and 20 car owner points.

The No. 20 Joe Gibbs Racing Toyota driven by Erik Jones was issued an L1 penalty after problems with a package tray. The penalty notice stated: “Air cannot pass from one area of the vehicle interior to another. Vehicle package tray must remain flat and straight from front to back, with one break.”

Jones’ crew chief Chris Gayle received a $50,000 fine and car chief Jason Overstreet has been suspended for the remainder of the season (two races) and the team also loses 20 driver points and 20 owner points.

The No. 35 truck driven by Brennan Poole was found to have a safety violation which resulted in penalties for the team.

The truck lost a ballast container which results in suspensions for three members of the team. Crew chief Ryan Bell, truck chief Jerry Kennedy and mechanic Patrick Magee have all been suspended for the next three NASCAR Camping World Truck Series events through February 20, 2019.