Bowyer gets bitten by late-race cautions at Michigan 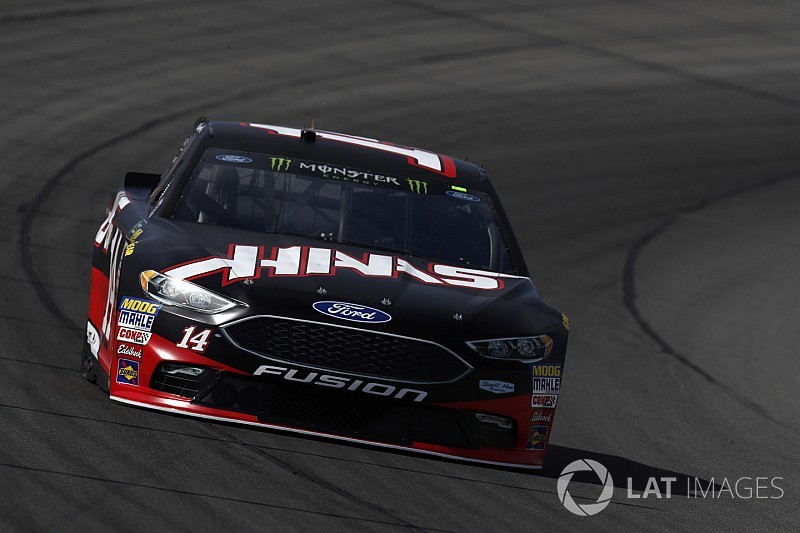 Clint Bowyer salvaged a 26th-place finish on Sunday at Michigan International Speedway, but clearly he was expecting more.

Bowyer qualified third — tying his best result since moving into the No. 14 Stewart-Haas Racing Ford. He never dropped out of the top 10 in the first or the second stage. And scored stage points in both segments for the first time since Richmond.

But four cautions over the final 50 laps changed the complexion of the FireKeepers Casino 400, ultimately leading to Bowyer’s misfortune and benefiting Kyle Larson, who went on to win his second race of the season.

“We were sitting there seventh with 20 laps to go reeling them in thinking this was our day, and then a debris caution forces a restart,” Bowyer said.

Bowyer didn’t drop out of the top 10 until during the Lap 151 caution, when Ryan Sieg spun off of Turn 4. The team elected to take four tires and Bowyer fell to 12th for the Lap 155 restart. Still, with a solid restart, Bowyer moved back up to eighth.

Bowyer gained one position when he passed Erik Jones on Lap 174. He was up to seventh when a debris caution was called on Lap 181. The top eight drivers — including Bowyer — remained on the track. The race returned to green with 15 laps remaining. As the field entered Turn 2, Bowyer slid up the track.

“Restarts are the only times you can pass, so everyone was racing hard, and I got into the wall,” Bowyer said. “It killed our day.”

After multiple repairs, Bowyer returned to the track and finished 26th — the last car on the lead lap.

Tony Stewart — who was both owner and driver coach on Bowyer’s radio on Sunday — tweeted this after the race:

Billy Johnson to make NASCAR Cup debut in Petty's No. 43 at Sonoma