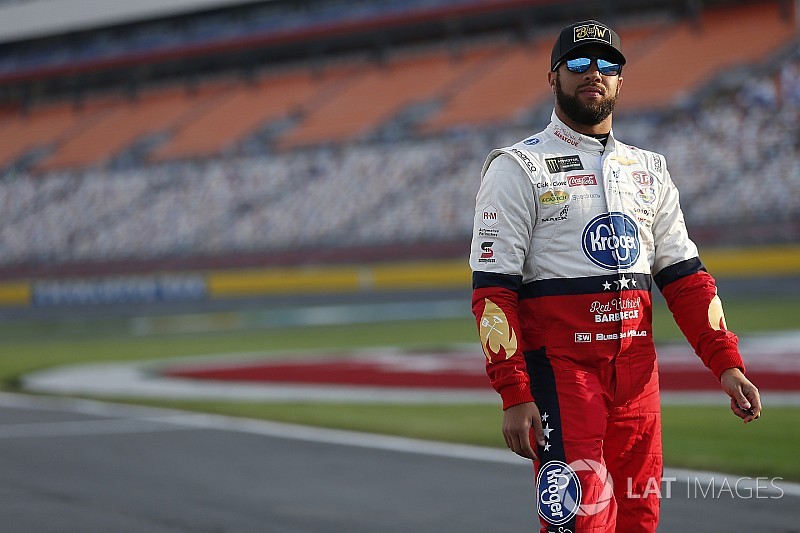 His rookie season in the Monster Energy NASCAR Cup Series has been a roller coaster ride so far, but Darrell Wallace Jr. is having the time of his life.

“I’m enjoying the hell out of this year. I’m having so much fun and some weeks are good, some weeks are not what we want, but we are continuing and growing and learning from it and that is all you can do,” Wallace said this weekend at Charlotte Motor Speedway.

Wallace is in his first full-time season driving Richard Petty Motorsports’ No. 43 Chevrolet and started the year with a runner-up finish in the Daytona 500.

It’s been a bumpy road since with only one addition top-10 finish, an eighth at Texas. But there have been several other bright moments scattered throughout. He will start 24th in Sunday night’s Coca-Cola 600.

“We are doing with the best with what we’ve got and when the car is right, it shows,” he said. “When we are off a little bit, that also shows as well, but as long as we capitalize on those days and get the most out of it that we can, that is a successful day despite the finish that we didn’t really want.

“We are a small team, small budget, and we have shown some signs of great success throughout the year.”

While a rookie, Wallace does have the benefit of some limited experience in the Cup series and he’s looking forward to being able to tap into it.

Last season, Wallace drove four races for RPM substituting for Aric Almirola, who had suffered a back injury in a wreck at Kansas Speedway. In those four races – Pocono, Michigan, Daytona and Kentucky – Wallace steadily gained confidence, culminating with an 11th-place finish at Kentucky.

“I’m excited about the tracks that are coming up,” he said. “We get into the tracks that I made my first four starts at last year while subbing in for Aric, so looking for a lot of momentum to kind of throughout this next month or so, this next stretch.

“To be able to come away with it and fast forward it a year later and get to go back and revisit all that, I’m excited about it. My mistakes kind of took us away from what we really had. We will go back there next week and see if we can better that program.”

How Ford plans to ride the Mustang back to NASCAR's peak