Canadians prepare to take on Daytona in all three national divisions 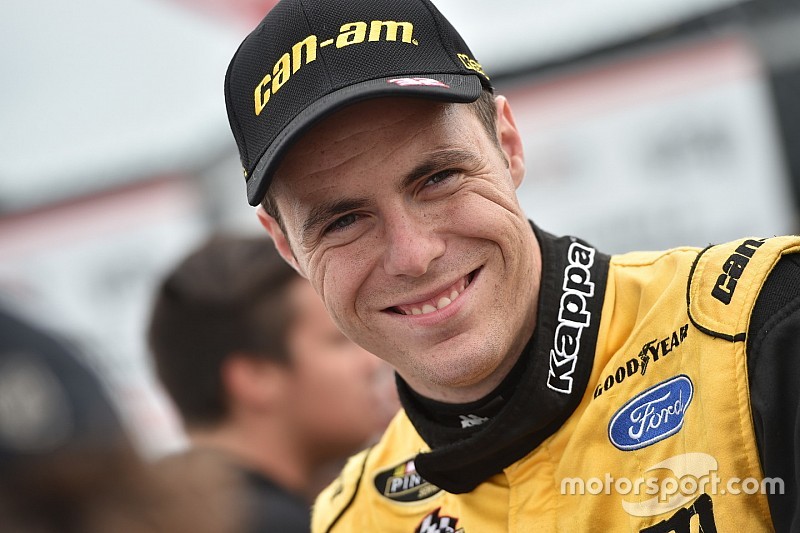 D.J. Kennington and Stewart Friesen return for second straight starts while Alex Labbe prepares to make full-time debut during the opening weekend of the 2018 season in all three NASCAR national series.

For the second consecutive year Canadians will have three reasons to keep up with all three series debuts this weekend at Daytona International Speedway.

Kennington was running in the top-15 last year when he was collected in a multi-car accident that also took out seven-time NASCAR Cup champion Jimmie Johnson.

While Kennington had to race his way into the field last year, with only 40 cars pre-entered, he doesn’t have to stress out over making the field so he and his Gaunt Brothers Racing team can focus on getting the car ready for the race.

While Kennington wants to race well and score a solid finish, he’s also grateful for the support from all the NASCAR fans in Canada.

“I really appreciated all the support race fans in Canada gave me and all of the Canadian drivers racing down here in Daytona,” Kennington said. “We look forward to racing on Sunday and doing our best to make everyone in Canada proud.”

Niagara-on-the-Lake, Ontario, native Stewart Friesen also returns for his second straight NASCAR Camping World Truck Series race and he hopes this time he gets to race.

Friesen was collected in a 14-truck accident early in the race that only gave him one lap on the track. He rebounded from the rough season opener to start 19 of the 23 races on the schedule highlighted by his strong showing at Eldora Speedway in July.

“Our finish at Eldora really helped me last year,” said Friesen. “It was a restoration of confidence that I knew I could compete at this level and we also went on to lead some laps at Talladega Superspeedway later in the year.”

Friesen started from the pole at Eldora and finished a career-best second in the race after leading a race-high 93 laps.

This year the veteran driver and his team have formed a technical alliance with GMS Racing and are ready to contend for more wins this season. He can’t think of a bigger win that at Daytona.

“Everyone dreams of racing at Daytona and although we didn’t get to race much last year we feel we’re ready for this year’s race,” Friesen said. “Our alliance with GMS helped us a lot last year and the programs at Chevrolet and GMS are second to none.”

Friesen also led 10 laps at Talladega and the chance to race there last fall gave him a chance to gain valuable experience.

“We had a really good truck and ran well before a bad pit stop,” he added. “Coming back through the field in the draft taught me a lot.”

Labbe won the 2017 NASCAR Pinty’s Series championship last season and used that title run to help him secure a full-time ride in the Xfinity Series in a car prepared by his NPS crew chief Mario Gosselin who competed in the NXS last season.

Labbe has made three NXS starts over the past two years and he’s ready to go ‘all-in’ this season in the Xfinity Series.

“This is going to be a big weekend for me and our team,” Labbe said. “I’ve made some starts in the Xfinity Series but this will be my first time at Daytona. There will be a lot to learn and I’ll have to take it all in as quick as I can and get as comfortable as I can in the car.”

One plus for Labbe is he’ll have Mario Gosselin leading the team and preparing the car for the race. Gosselin has made over 90 starts throughout his career in one of NASCAR’s three national series including five starts at Daytona, something Labbe appreciates.

“It means the world to me to have Mario leading this team and helping me,” said Labbe. “I believe in him and he’s got the experience to help me and I couldn’t be in a better place with a better team to start this year in the Xfinity Series.”

The No. 36 DGM Racing Chevrolet car will be prepared by Gosselin and Labbe said he knows the car will have speed.

“In all three previous Xfinity races I qualified on speed and I plan on doing that again,” said the St. Albert, Quebec, Canada native. “This will be a big challenge for me (competing in the Xfinity Series full-time) but I have the team, sponsors and resources to have a great year and I’m ready to get on the track.”

Suarez feels 2018 'will be much better' than rookie season

It's a season of change in NASCAR, it's just not apparent (yet)