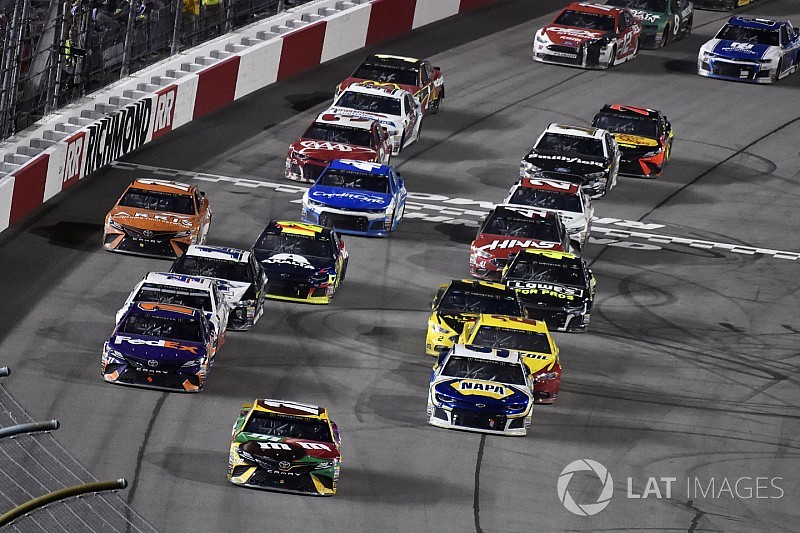 But this one was a little more of a surprise considering how Elliott has been performing of late in the Monster Energy NASCAR Cup Series.

Elliott finished second in Saturday night’s Toyota Owners 400 at Richmond (Va.) Raceway, the eighth runner-up finish of his Cup career and tying the mark set by his Hall of Fame father, Bill Elliott, for number of second-place finishes before earning his first series victory.

It’s not a statistic Elliott is likely to dwell on, but considering his start to the 2018 season, Saturday night’s performance was a welcome reminder his No. 9 Hendrick Motorsports team is still contending for race wins.

Elliott restarted third in the NASCAR overtime and moved into second just before the white flag lap but could not catch Kyle Busch in time to mount an effective pass for the lead.

“Just very fortunate circumstances there at the end for us with the way the restarts went. Having a short run there at the end was definitely in our favor,” Elliott said. “So, it was nice to be on the good end of things for the first time in a while.

“Looking forward, we have to be realistic about how we ran tonight. I think the result shouldn’t weigh into how hard we worked this week because we have some work to do. I think that we have to keep that in mind.

As recently as Friday, Elliott had bemoaned the “ridiculous stretch of races” of late for him and how he was focused on finding small victories right now.

Later that day, he came upon one as he qualified second for Saturday night’s race – his best start of the 2018 season. He hadn’t started better than 16th in the previous four races.

All four teams at Hendrick Motorsports have had their issues this season, but in the last few weeks, there have been signs of improved consistent performance.

Saturday night, Elliott and Jimmie Johnson (sixth) finished in the Top 10 and rookie William Byron – who ran in the Top 10 virtually the entire race until a pit road penalty – rebounded to finish 12th. Alex Bowman rallied from two laps down to finish on the lead lap in 18th.

“I think we've been getting better, for sure, over the course of the past handful of weeks. I thought last week was really probably our best effort as a company,” Elliott said. “Obviously we crashed at the beginning (at Bristol). I felt like our car was solid throughout the whole weekend. Obviously, our teammates ran well.

“We can't look at the results tonight and think we’re right there, because in reality I think we still have some work to do. I think anybody amongst our team would say the same thing. I’m not knocking anyone, anybody on my team or whoever, but we all know we need to do better.”

Elliott has also been without crew chief Alan Gustafson the last two races. He was suspended for two races after NASCAR penalized the team for an issue with its rear window following the Texas race.

Gustafson will return to the No. 9 team at the track next weekend at Talladega (Ala.) Superspeedway.

Truex's race gets derailed by late pit stop: "We beat ourselves"