Clint Bowyer rebounds from “confusion” on pit road at Chicagoland 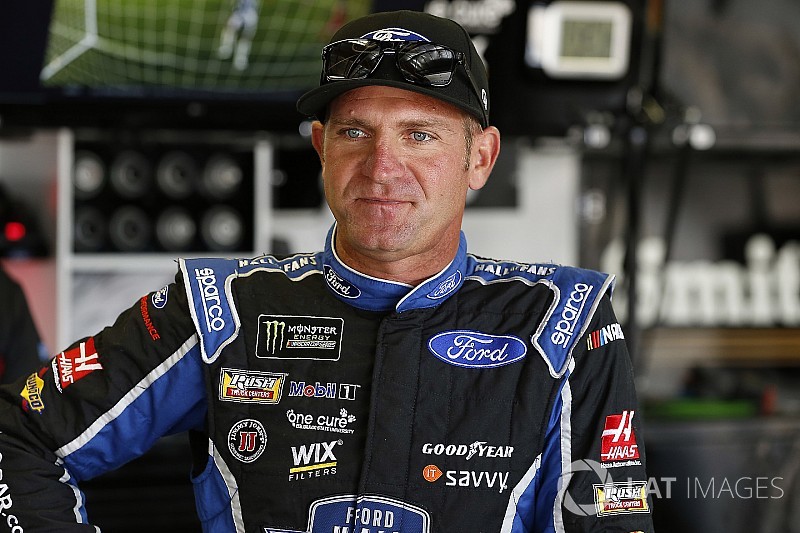 Bowyer appeared to have one of the faster cars in the race, he had to come back from a  back-to-back-to-back penalties in the first stage of the race to keep his top-five streak alive.

He was caught speeding on pit road while making his green-flag pit stop, then was flagged for speeding again while serving the penalty.

The penalty for that was a ‘stop-and-go’ penalty down pit road - traveling down pit road and coming to a stop in your pit box before continuing on. However, Bowyer failed to make the stop in his pit box. So, NASCAR called him down pit road a third time.

Bowyer was frustrated but not too upset after the race.

“Yeah, we were too fast,” said Bowyer. “The guys work very hard on making sure that they are pushing the envelope, which you have to do in this world and against this competition. You have to push everything.”

“Obviously, our pit road speed was just a little too fast. We practiced it (Saturday) and the guys even made some adjustments but that tight section down there was just too fast.

“The first time you second guess yourself. You come down the second time and you are cautious and speed again, so now you know you’ve got a problem. Then it was just confusion on my part. I wasn’t listening and made a mistake and cost us a third time down.”

Despite having to overcome the penalties, Bowyer was pleased his team continues to provide him fast cars.

“The capabilities (are) there to run with these three guys,” said Bowyer. “Our race team is young and making some mistakes but we have time to gain on those and build on those.

“You hate to give away those stage points. I think we could have won both those stages and maybe been in contention for a win. I am proud of everybody. We have a lot of good mojo on this 14 car, we just have to put it all together to get another win.”

Bowyer said his mistakes also helped motivate him on the drive back up through the field later in the race.

“Well, add a fast car and a bit of a pissed off attitude and it is amazing what you can do,” he said.

Aric Almirola was strong at Chicagoland, but "we have to be perfect"