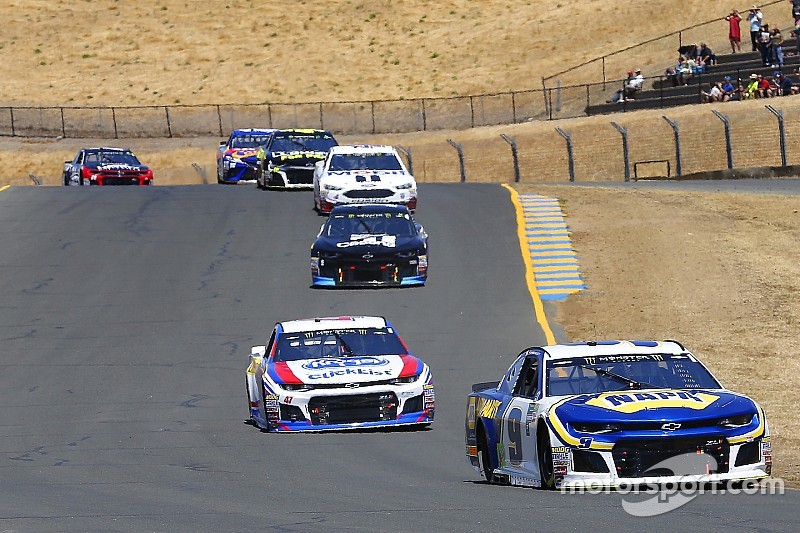 In celebration of the track's 50th anniversary, the NASCAR Cup Series will once again be running on the 12-turn, 2.52-mile course at Sonoma Raceway in 2019.

NASCAR will now forgo 'The Chute' that connects Turns 4 to Turn 7 and will instead take a longer route around the California road course. This layout will incorporate both 'The Carousel' and the track's longest straightaway leading up to the tight Turn 7 hairpin.

"The Carousel is a corner where history has been made, and as we celebrate the half century of track history in 2019, we are excited to re-introduce this signature turn on the Sonoma Raceway circuit," said Steve Page, Sonoma Raceway president and general manager.  "We look forward to seeing a new generation of racers battle through this challenging corner and create moments fans will remember 50 years from now."

NASCAR last ran the full layout in 1997, having run the shorter 1.99-mile configuration since the 1998 season. The race distance will remain 350 kilometers in length, but will have fewer laps, going from 110 to 85.

"Innovation and exceeding expectations is in the DNA of SMI. This is something fans and drivers have been talking about for years, and we are excited to bring it to them, particularly as part of the track's 50th anniversary," said Marcus Smith, CEO of Speedway Motorsports, Inc.

Jeff Gordon, a five-time winner at Sonoma Raceway, was a crucial part in the decision process behind changing the course back to the longer layout.

"The carousel adds a technical aspect to the track that will be a challenge for the drivers. I'm looking forward to the FOX broadcasts of the race weekend next year and analyzing how the teams deal with this new challenge," said Gordon.

NASCAR clarifies the penalty for cutting the course at Roval