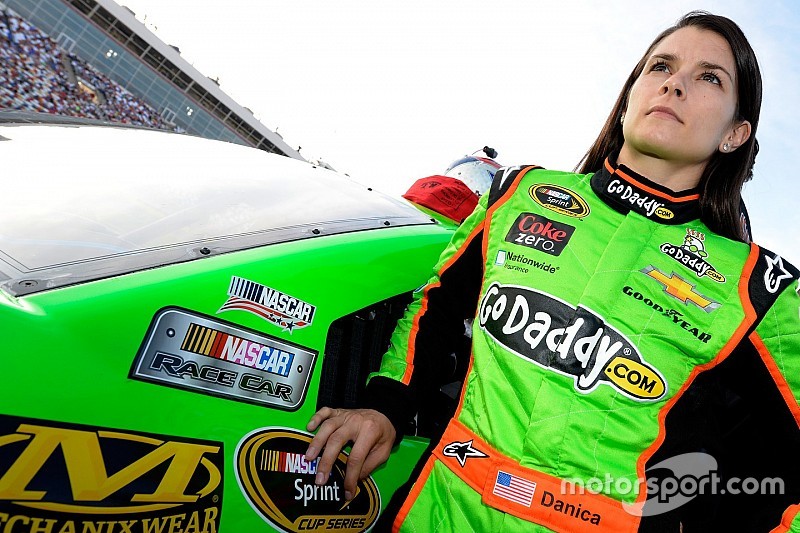 GoDaddy.com will sponsor Danica Patrick’s swan songs in the 2018 Daytona 500 and Indianapolis 500.

In addition to supporting the ‘Danica Double’, the Internet service company will partner with her business ventures beyond racing.

Patrick first signed a personal services contract with GoDaddy in 2006. The company sponsored her car in the Monster Energy NASCAR Cup Series from her debut in 2012 through the 2015 season.

“You could say, ‘We’re getting the band back together,” said Chief Marketing Officer Barb Rechterman. “It makes sense, in that our goals are so well-aligned – she’s passionate, tenacious and creative, just like so many of our customers who are also looking to leverage the power of the Internet and turn their ‘side hustle’ into a full-time business. Danica absolutely epitomizes the heart of our GoDaddy customers. We love it.”

Go Daddy signed on as the primary sponsor of Patrick's IndyCar at Andretti Autosport in 2010, the same year the company began its sponsorship of the No. 7 Chevrolet at JR Motorsports in the NASCAR Xfinity Series.

Her first—and only—top-five finish in a stock car came at Las Vegas Motor Speedway, where she finished fourth in her 16th Xfinity Series start. She earned the pole for the 2012 Xfinity Series race at Daytona and posted seven top 10s throughout her time on that tour before moving to Cup full-time with Stewart-Haas Racing in 2013.

That season, Patrick won the pole for the 2013 Daytona 500 and posted the first of seven top-10 finishes in 190 starts. Her best result, a sixth-place finish, came at Atlanta Motor Speedway in 2014.

Patrick, 35, has yet to release what cars she will drive in her NASCAR/IndyCar double, but Dreyer & Reinbold Racing has confirmed she is on its shortlist.

“This is definitely the way I want to finish my racing career – at these two iconic races, backed by my iconic, long-time sponsor,” said Patrick. “GoDaddy was there for me when my career was just really starting so it’s exciting to be getting back in the GoDaddy ‘green’ for my final two races. Our brands have always been powerful together, and I think it’s awesome to have them at my side when I go ‘all in’ with my businesses after racing.”

Ray Evernham: "It blows me away" to join the NASCAR Hall of Fame