More driver input or "just make the rules and be done with it?" 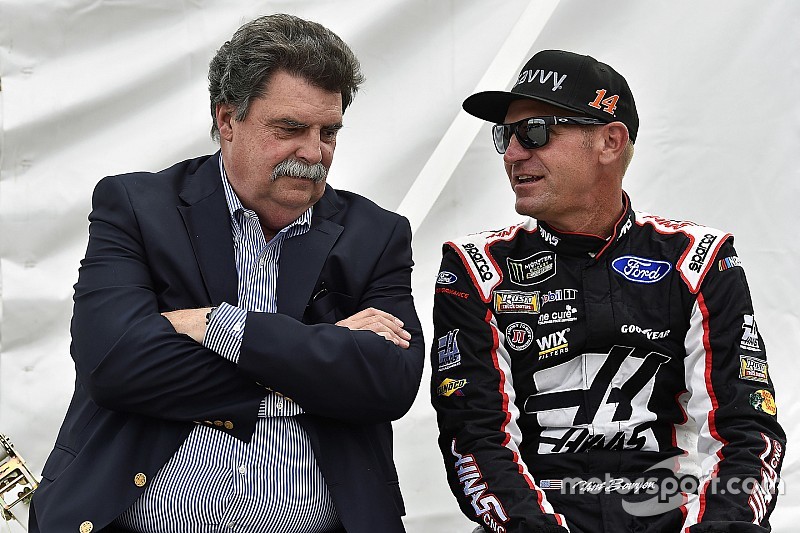 Do drivers believe they have enough input in the competition decisions made by NASCAR? Well, it depends on who you ask.

The reaction was mixed – many agreeing with his concerns and others thinking he should have been fined for his comments because they went too far.

Regardless, it has prompted a discussion on how much should the drivers’ input weigh in competition decisions, or even if they should at all.

On Friday at Kansas Speedway, Chase Elliott said that after his own personal experience of finding NASCAR not open to his opinions, he believes NASCAR should just forget the whole process.

“Frankly, I’ve tried to voice my opinion at different times or in those meetings that we’re supposed to voice our opinions in. And at the end of the day, I’ve come to the realization, and maybe this will change as time goes, but I just don’t think that my opinion matters to the people who make the rules,” Elliott said.

“Really and truly, I’m not sure that it should, right? Why do the owners and the drivers and the teams even have a voice in some of that stuff? When it comes down to it, just make the rules and be done with it.

“We’re racing. Either you like it or you don’t.”

In many ways that was how NASCAR operated for decades under the leadership of Bill France Sr. and then Bill France Jr.

As NASCAR became more mainstream, it was criticized for that approach and still receives its share of criticism with a more inclusive approach utilizing input from manufacturers, drivers and teams.

Reigning Cup Series champion Joey Logano believes NASCAR does listen to driver input but he also understands drivers are just one part of a bigger picture.

“I also realize that we are not the only players in this game. There is plenty of other members that have a vested interest in what we do,” Logano said. “You think of our fans, for one. It has to be a good race. It has to look good and be good passing.

The importance of a driver's take

Logano insists drivers have the best view of the impact of competition decisions, which is why they take the concerns more personally.

“There are only 40 people that really know what it feels like out there. I feel like the drivers have a good opinion of what is going on but we also have to realize and almost take a step back and look at it from a global view of what is best for our sport,” he said.

“There are a lot of good metrics going on and you guys have all seen them as far as the ratings and approvals and all that stuff. It is all trending the right way. Dover was a little different but it wasn’t awful. There was still good racing back and forth, it was just different.

“I do feel like our voice is heard. I just feel like it is not everything and it probably shouldn’t be everything because there are other groups that need to be heard as well.”