Drivers to watch in NASCAR's first road course race of 2017 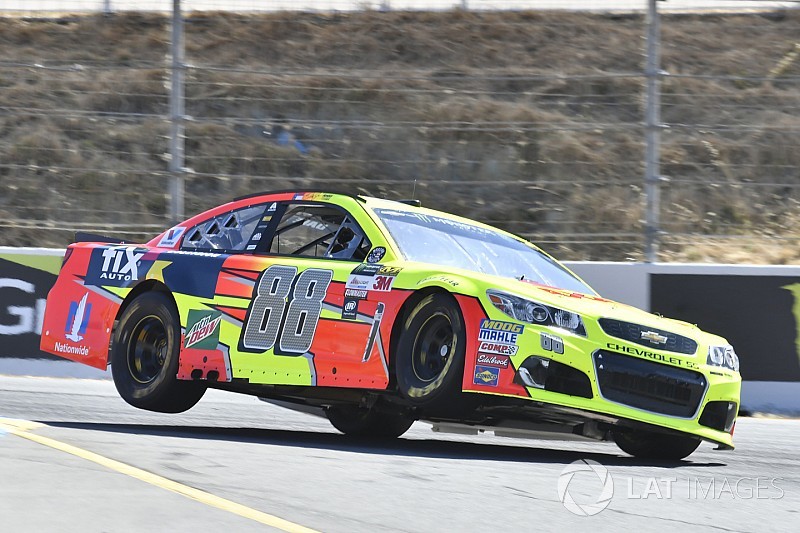 And that was before the drivers made a lap on the track this weekend.

Perhaps the 2004 champ was prophetic. If the practices were any indication, completing 110 laps for some of these drivers could prove problematic. Fortunately, for youngsters Chase Elliott and rookie Erik Jones, they wrecked their primary cars prior to qualifying and won’t have to start from the rear of the field. Elliott recovered to and was eighth-quick in time trials. Jones will roll off 30th.

Matt Kenseth will be the only driver that will start from the back on Sunday. For Kenseth, who has one top-10 finish (eighth) in 17 starts, that won’t seem too unusual. The good news for the 45-year-old veteran is he’ll have relatively fresh tires to mount his charge through the rear of the field.

Speaking of the rear of the field, there are five drivers making their Cup Series debut — Alon Day, Josh Bilicki, Kevin O’Connell, Tommy Regan and Billy Johnson. While some are veteran road racers but without experience wheeling a 3,350-pound stock car, it will be challenging to compete against full-time Cup drivers. Johnson received a dose of reality when he spun off the course eight-minutes into his first practice no Friday. Johnson acclimated quickly, however, and qualified 26th.

Going into Sunday’s SaveMart 350, the five drivers have 127 laps of Cup experience between them — and none under competition.

Unlike Kenseth, Busch must only battle his way through half of the field. He’ll start 17th — his deepest position to roll off from in seven races. But since Busch’s win with Team Penske six races ago, he’s averaged a 5.3 average finish driving everything from a Phoenix Racing ride to Furniture Row Racing equipment and Stewart-Haas Racing cars in his last three starts. He also leads current drivers with 197 laps led. Busch agrees tire management will be critical.

“You know you have a good car here when you can run fast from Lap 5 to Lap 20,” Busch said. “That’s how you win at Sonoma. If you can still run competitive lap times with the level of drop off here.”

Busch believes the introduction of stage racing will add to the mayhem. Stage 1 will end at Lap 25, Stage 2 at Lap 50. The final segment is scheduled for 60 laps

“If you’re running 11th and can’t catch tenth, you might as well pit,” Busch said. “So the worst spot to be running is eighth, ninth or 10th because you'll be like, ‘Man, I want to grab this one, two or maybe three points,’ but you don’t have good track position after you pit. Then you’re in a box of chaos.

“The top four guys, all help me other to get away from the pack, but fifth to 10th is a mess. Everybody is beating each other up to get to those top four spots. If you’re running 12th, you might as well pit. The key to winning these races is pitting and luckily having the yellow come out. Now you know when the yellow is coming out — at least twice — so you’ll pit beforehand.  This race will be chaos.”

If Busch can muscle his way up into the top four, he’ll either have some stout competition to pass. Here are five drivers to watch:

Kyle Larson — Larson has never scored a top-10 finish at his home track. However, the Elk Grove, Calif-native has improved his result every time he’s come to the 1.99-mile track — including winning the pole on Saturday. With competitive equipment, Larson has been a threat every weekend. Sunday will be no exception.

Kyle Busch — Busch’s comeback win two years ago — after breaking his leg and ankle — was nothing short of miraculous. He’s the only active driver with two wins at this track. Yes, Busch has the equipment — and he is due. He starts fourth.

Clint Bowyer — Bowyer has the best average finish on the tour — 11.5. He has six top-five finishes in 11 starts and has led 82 laps — including 71 circuits at the point when he won here in 2012. If Bowyer is to win on Sunday, he’ll have to do it from starting 13th.

Dale Earnhardt Jr. — In his final Sonoma start, Earnhardt rolls off 10th — his best qualifying effort in a decade. Regardless of his starting 13th or deeper in the field in his last three starts, Earnhardt holds an average finish of seventh in those runs which is best on the tour. He’s led just nine laps in 17th starts, but looks to improve a his career-best third-place finish.