Jones, who also competed in Friday’s K&N Pro Series East race at Watkins Glen (N.Y.) International to gain experience, went to the top of the leaderboard in the final minutes of the session with an average lap speed of 125.165 mph. 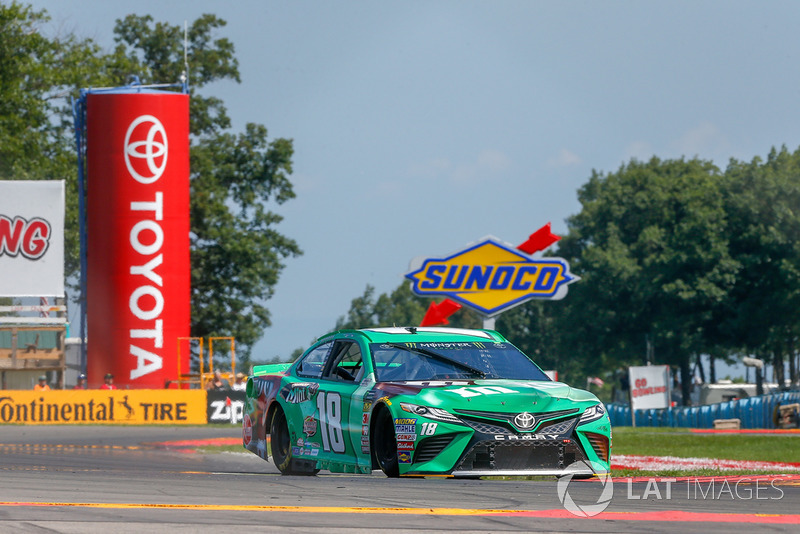 “I had a good car. I just wanted to get an idea where I needed to run for my (qualifying) runs,” Jones said. “We’ll work hard at it and hopefully get a little more speed out of it.”

Clint Bowyer, who was complaining of a vibration periodically in his No. 14 Ford, was fourth-fastest while last year’s race winner, Martin Truex Jr., completed the top-five.

About 50 minutes into the session, Ryan Newman hit the guardrail with the right side of his No. 31 Chevrolet as he drove through the esses.

“You’re going to have to spend the rest of this session fixing it Luke,” Newman told his crew chief, Luke Lambert, over his radio. “I hit it pretty good.

“The front end seems to be straight, but I hit it with the right-front, too. I didn’t necessarily like that change. I expected it to be better.”

Newman said his team should be able to repair the damage and have it ready in time for Saturday’s final practice. He ended up 13th-fastest in the session.

Hamlin also brushed the wall on the final corner of his final lap, doing some left-rear damage to his No. 11 Toyota.