Kevin Harvick: "Didn’t quite have what we needed at the end" 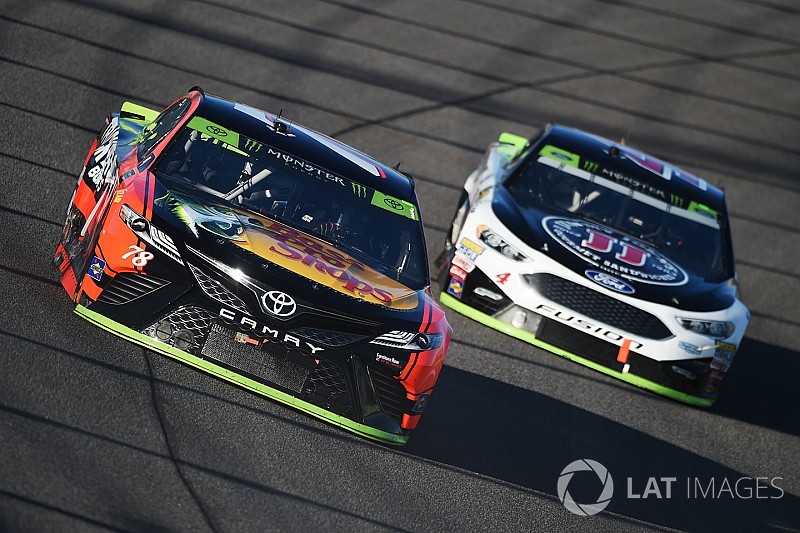 A second Monster Energy NASCAR Cup Series championship was not to be for Kevin Harvick.

A surprise victory over Martin Truex Jr. at Texas Motor Speedway provided Harvick the opportunity to compete for the series championship in Sunday’s Ford 400 at Homestead-Miami Speedway.

And he again found himself trying to run down Truex for the race lead – and this time the championship – late in Sunday’s race.

It didn’t work out in this case, as Harvick eventually dropped to fourth at the finish as both Kyle Busch and Kyle Larson got by him.

Still, it was an impressive showing for Harvick’s No. 4 team at Stewart-Haas Racing, which underwent a manufacturer change from Chevrolet to Ford in the offseason and didn’t capture its second win of the season until two weeks ago.

“It was great to have a chance. We were in the mix all day,” Harvick said. “Didn’t quite have what we needed at the end. I think when you look at it from the inside out and all the work that everybody went through, the preparation that we went through to get to these playoffs was second to none.

“It was a championship effort. We just came up a little bit short. Congratulations to Martin.”

Truex had virtually ruled the 1.5-mile intermediate tracks this season and Harvick’s ability to upend them at Texas had provided a glimmer hope, particularly since Harvick had a strong track record at Homestead.

“Those guys have been the dominant car all year,” he said. “To go win the race and make it happen at the end, they were able to get their car better and win the championship.”

Harvick was hampered late in the race with a hole in his fender, which came from running over a piece of debris on the track dropped from David Starr’s car.

“I was just really loose the whole last run. When it started to get dark, we started to get tight in the corner and then we got a hole in the nose,” he said.

“We got that fixed and just couldn’t quite get it where we needed to be to make good (lap) times. Some runs we fell off. Some runs we were tight on entry. There at the end we were just too loose.”