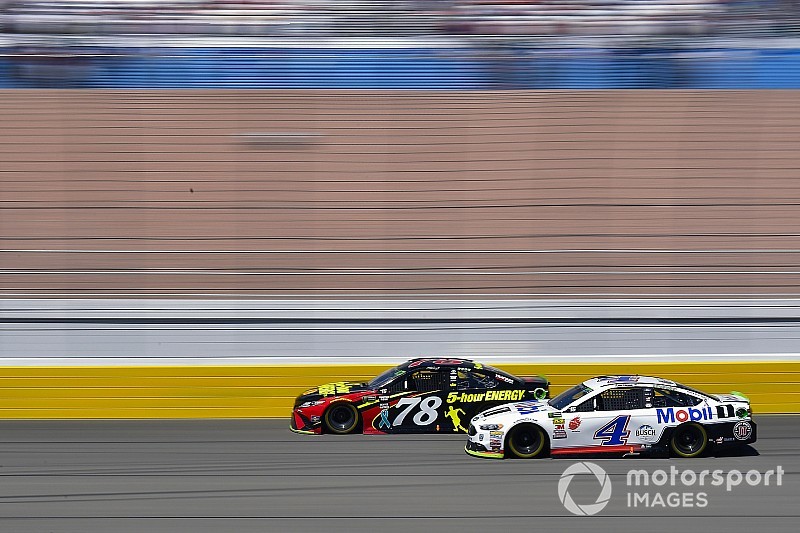 The “Big 3” have been good this season, but not at their best in the playoffs.

For much of this season, three drivers – Kevin Harvick, Kyle Busch and Martin Truex Jr. – have performed head-and-shoulders above all others. And there is still a very good chance one of them will end the year as series champion.

Through eight playoff races, however, there have been some signs an upset is not out of the question.

First of all, until Harvick’s win Sunday at Texas, Busch was the only member of the “Big 3” who had won a playoff race (he won the second race, at Richmond, Va.).

That in and of itself is a little surprising, especially considering Harvick and Busch had combined for 13 wins in the first 26 races.

Strictly based on performance, Joey Logano has scored more points in the eight playoff races (342) than any other driver, including a victory at Martinsville, Va., which locked him into the four-driver battle for the championship in two weeks at Homestead, Fla.

In fact, Logano has scored 40 more points than his nearest rival (Harvick) and has not finished lower than 14th in any playoff race.

Judged simply by wins in the playoffs, Chase Elliott leads the field with two – at Dover, Del., and Kansas. He has also scored the sixth-most points (274) during the playoff span to date. Elliott’s lack of playoff points earned prior to the 10-race stretch has hampered his ability to keep pace with the “Big 3.”

Despite numerous obstacles during the playoffs – including have to start the last two races from the rear of the field – reigning series champion Martin Truex Jr. has still had a strong playoff run, scoring the third-most points (301).

Had Truex been able to win during the playoffs, or perhaps not forced to drive from back to the front of field so many times in recent races, he could well be in position to challenge Logano for best playoff performance to date.

The most glaring surprise in terms of playoff performance thus far would have to be from “Big 3” member Busch.

Even with one playoff win, Busch has only scored the eighth-most points (261) so far. Ryan Blaney, who has already been eliminated from title contention, has scored more points in the last eight races (270) than Busch.

Nothing shows the value of the collection of early season wins and playoff points than Busch’s current situation. Without them, he may not have even advanced to the Round of 8. With them, he is still nearly a lock to make the Championship 4.

Almirola hints he will retaliate after Logano spat in Texas