On Monday, NASCAR updated the media regarding their investigation into a noose that was left in Bubba Wallace's garage stall at Talladega Superspeedway Sunday afternoon.

"We don't have a lot of answers at this moment but did want to make sure we had a media availability to let you understand where we are to date.  As more things come to light, we will keep you informed, as well," said NASCAR president Steve Phelps at the opening of the teleconference.

In regards to the timeline of events, Phelps explained: "Late yesterday afternoon a crew member from the 43 team discovered a noose in the 43 garage stall. That crew member informed NASCAR.  NASCAR security got involved. I got a small group of senior leaders in the sport at NASCAR together to try to determine what the next steps would be.

"First thing was to launch an immediate investigation into this heinous act. As part of that, we this morning at 7:30 notified the Birmingham office of the FBI. They are currently on‑site. They've started their investigation.

"We are, as I said, in the early stages of this. We will continue to keep the media informed as we learn more. Obviously this is a very, very serious act. We take it as such. We will do everything in our power to make sure that whoever has committed this act comes to justice and comes to light and we rid this type of behavior from our sport." 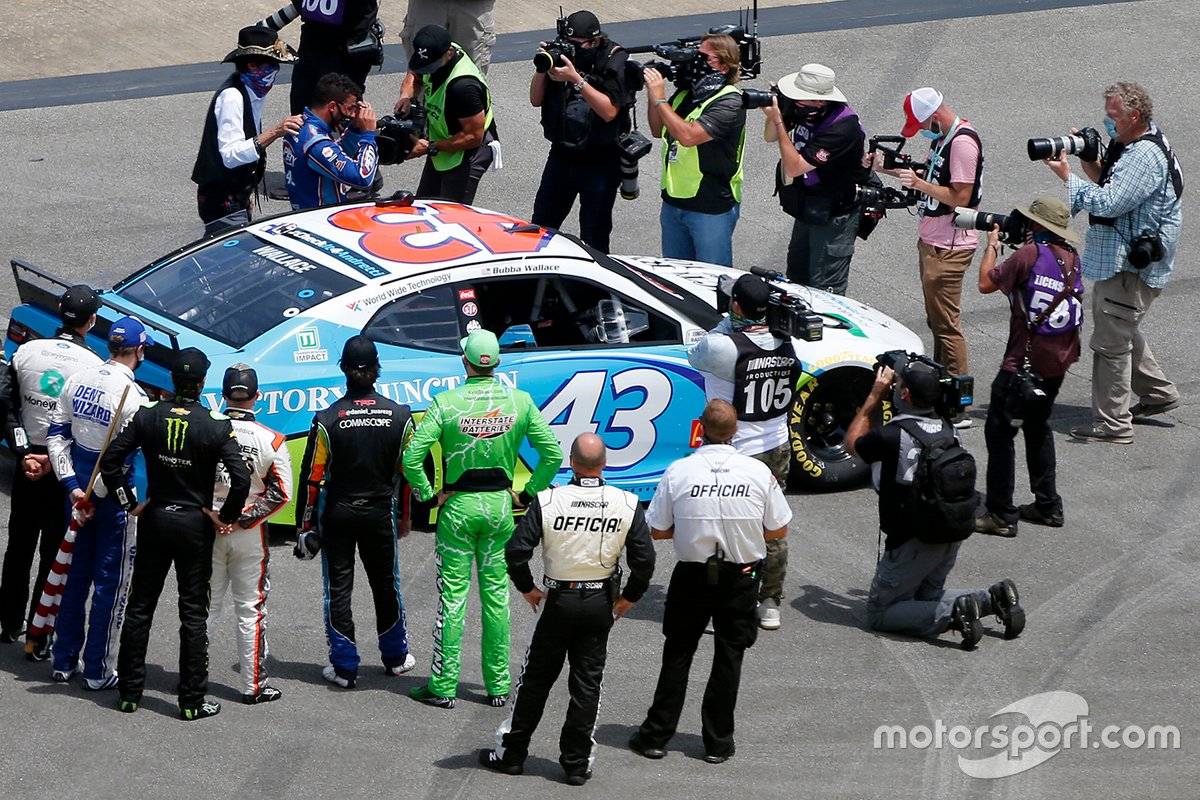 The FBI is on the property at Talladega Superspeedway and conducting an investigation. NASCAR says only "essential personnel" were in the garage are are working with the FBI to review who was in that particular area at the time of the incident.

As for if there could have been a possible security breach, Phelps kept it honest. "I can't say no for certain. The security around getting into the footprint is significant. As I'm sure you guys are aware, we have limited it just to essential personnel. Security is very tight getting in and out of the footprint. I can't speculate whether there would be a breach or not."

Phelps declined to go into specifics in regards to cameras around the garage. "We're not going to get into the specifics about the number of cameras, what is on the cameras, how many. We will collect all that information. It will be obviously part of what the FBI is looking at. Again, as details become available that we can share, we will share. But too early to get into specifics around video usage or what we were able to capture on video." 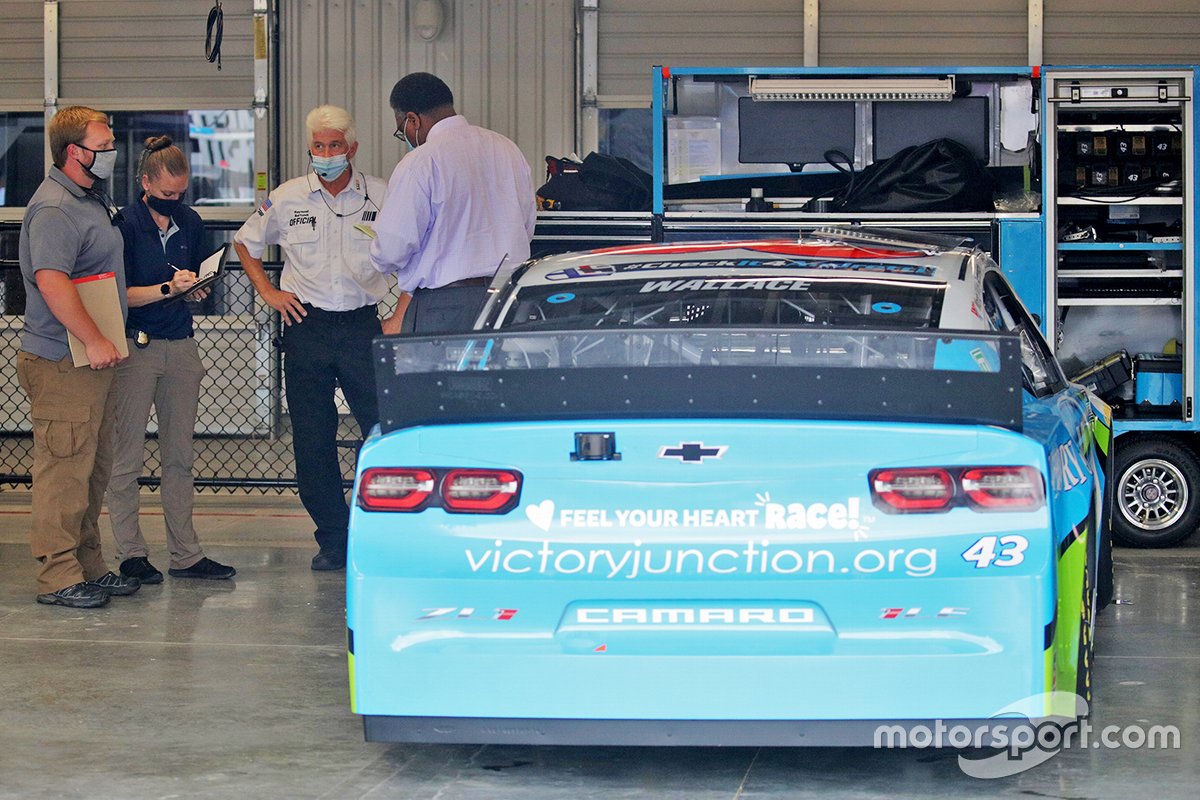 Alabama Governor Kay Ivey has issued a statement Monday, apologizing to Wallace, who is from Mobile, AL.

Although there aren't many details available at this time, Phelps asserted: "We're going to use every effort we can to determine who has done this, whether it's a single person or multiple people.  I know that the director of the FBI has informed the Birmingham office to use all their resources to find out, as well, all the resources available to NASCAR, the FBI.

"The teams and drivers and anyone who would have any access to this have all said, Hey, we want to make sure we figure out who has done this vile act."

Before the race, drivers pushed Bubba Wallace's car down pit road and were accompanied by dozens of team members. They surrounded the No. 43 car and stood with a visibly emotional Wallace during pre-race ceremonies. Richard Petty joined his driver in his first at-track appearance since the COVID-19 pandemic halted the NASCAR season. 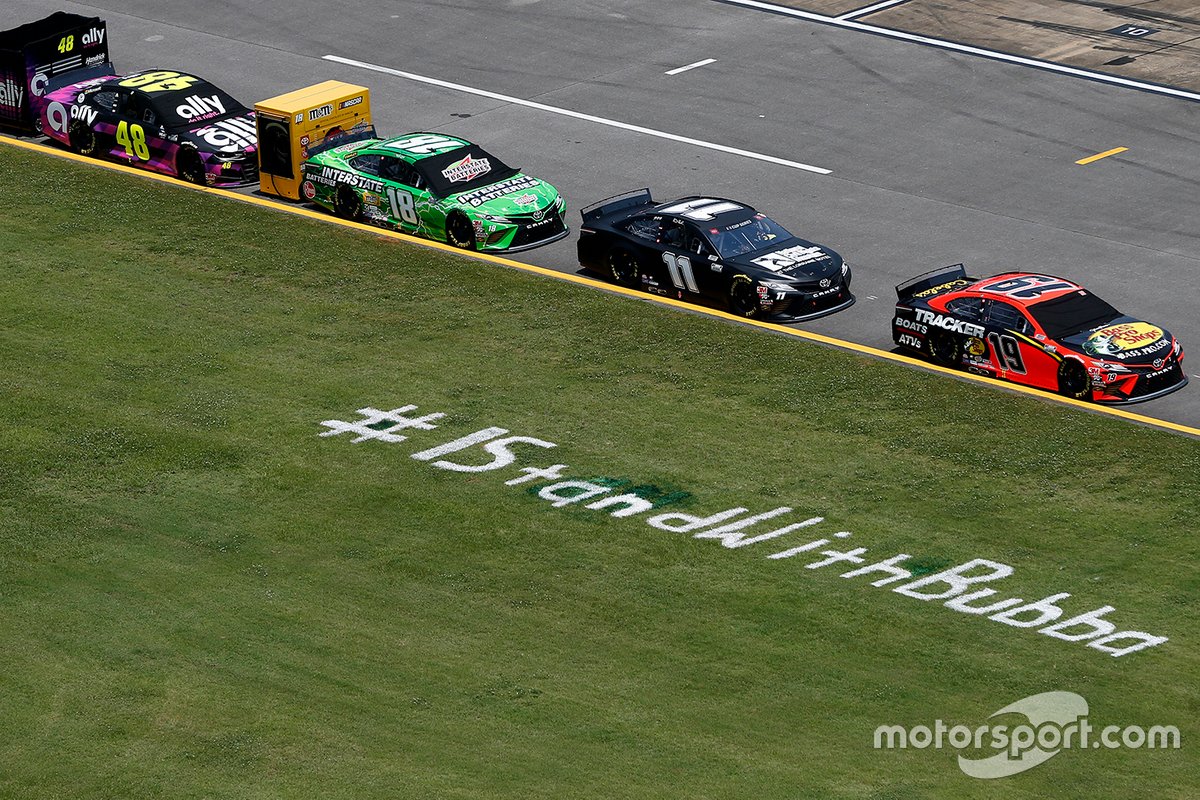 Talladega Cup race halted by rain with Reddick out front

While looking ahead to Sunday's crucial playoff race at Texas Motor Speedway, reigning NASCAR Cup champion Kyle Larson is also looking further ahead to the future of the 25-year-old race track.

Fresh off their first victory of the 2022 season last weekend at Bristol, Roush Fenway Keselowski Racing backed it up with a pole position at Texas Motor Speedway on Saturday.