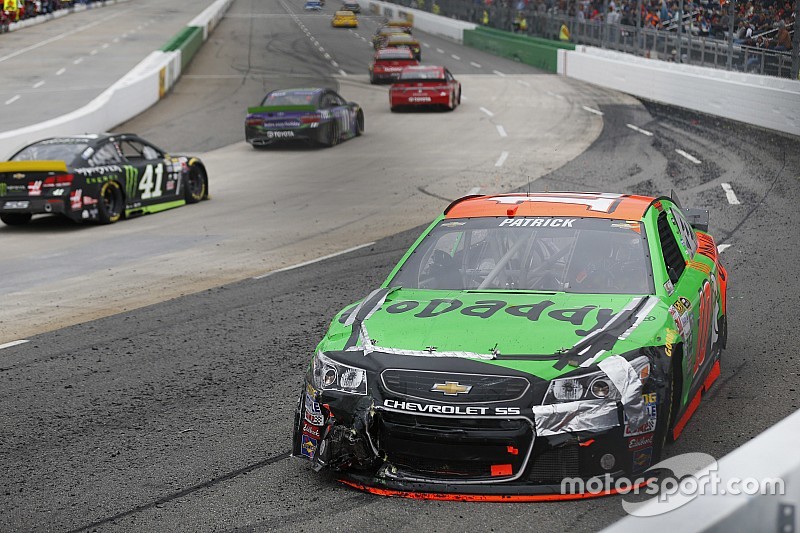 Danica Patrick was a little lighter in her Christian Louboutins on Tuesday.

Patrick was cited with a Behavioral Penalty (Sec. 12.1, 12.8), fined $50,000 and assessed a loss of 25 Championship Driver points. The driver of the No. 10 Stewart-Haas Racing Chevy will also be on probation for the remainder of the season.

Patrick was involved in multiple incidents at Martinsville. Her first run in with Gilliland was on Lap 157 in Turn 2.

“Was that the 38,” Patrick asked over her radio after passing Gilliland following the first incident. “Wasn’t he the guy that took me out? Damn it. I was meaning to take him out. I’ll have to next time."

On Lap 418, while being multiple laps down, she retaliated, hit the No. 38 Front Row Motorsports Ford and took out herself in the process.

Patrick’s feud with Gilliland dates back to 2012 at Darlington Raceway — prior to her full first season in the Sprint Cup Series. The pair has endured run-ins at Kansas Speedway and Martinsville prior to Sunday.

Patrick was 24th in the Cup standings after finishing 40th on Sunday. With the 25-point deduction, she’ll drop to 27th in the standings.