Yes, that was Jimmie Johnson up front in the Vegas playoff opener 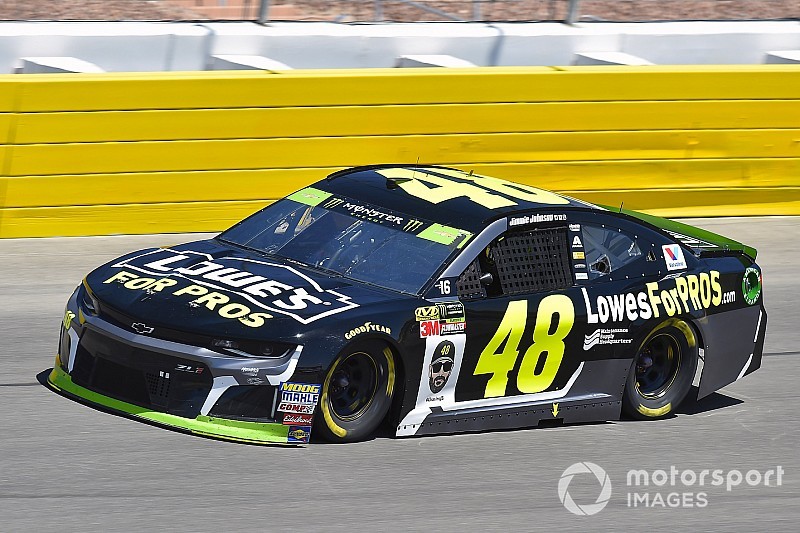 Las Vegas was shaping up just as some of Jimmie Johnson fellow playoff contenders feared, with Johnson back in contention and running up front.

For much of Sunday’s South Point 400, Johnson seemed like the driver who had amassed seven championships in the Monster Energy NASCAR Cup Series.

But as happened so many times in a very challenging season, circumstances curtailed Johnson’s run late in the race.

Coming off Turn 2 late following a restart late in the event, Johnson cut a right-front tire after contact with Kurt Busch. He was forced to pit under green but, thanks to other incidents, did manage to salvage a 22-place finish, still better than five other playoff contenders.

“It helps, but we could have closed with a top-five finish that would have really helped and given us a cushion,” Johnson said after the race. “It was really a good day for the Lowe’s team.

“We had good speed in the car, good pit stops, everything was going well and unfortunately, cut a right-front tire when we touched the No. 41 off of Turn 2. I don’t know how next week is going to go, I really don’t, and I sure as hell don’t know how the Roval is going to go.

“So, sure, we finished higher than some guys, but any cushion we could have gotten would have been nice.”

A top-five finish would have been just Johnson’s third of the season and first since he was fifth in May at Charlotte Motor Speedway. He squeaked into the playoffs on points as the 15th of 16 entries.

Johnson now sits 13th in the playoff standings, six points behind his Hendrick Motorsports teammate, Alex Bowman, with two races remaining before the bottom four in the standings are eliminated the further title contention.

Asked about the level of aggression and intensity in the playoff opener, Johnson, said, “Playoffs, man. Everybody is trying so hard. It means so much to everybody to be in the playoffs and have a shot at a championship.”