Joey Logano: “This doesn’t affect anything” after Phoenix crash 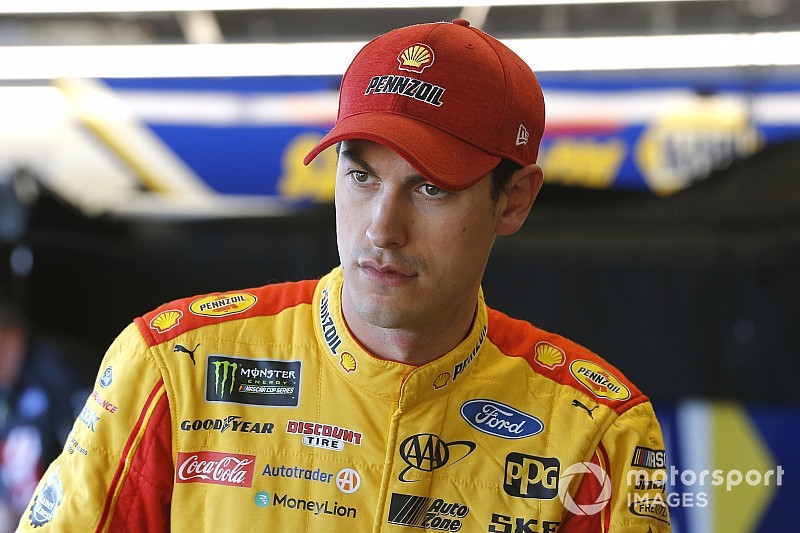 Joey Logano keeps things in perspective after cutting a tire and damaging his car to end his day early in Phoenix.

It’s a good thing Joey Logano entered the Can-Am 500 with nothing to worry about as far as the NASCAR playoffs are concerned.

Logano cut a tire on Lap 95 ending his day and relegating him to a 37th-place finish in the penultimate race of the season in the NASCAR Cup Series.

The Team Penske driver entered the day as the only driver in the final eight drivers still alive in the playoffs assured of a berth in the Championship Four before the race which proved to be a good thing as he continues his quest for his first NASCAR Cup Series title.

“The left-rear tire went flat,” said Logano. “I don’t really know why.  It just kind of came out of nowhere. We may have run something over, I don’t know.  I went down on the flat a couple laps earlier to make a pass and I don’t know if it hit a little bit hard, maybe it knocked the fender into it, who knows what happened there, but she just went out.

“I tried to save it.  I thought I had it saved, but by the time I got it straightened back out the rest of the tires were flat because I had them flat-spotted.  That’s what it is. We’ll move on. We’re locked into Miami, so it doesn’t really matter, so we’ll keep our heads high.”

Fortunately for him his win at Martinsville Speedway two weeks ago clinched his spot at Homestead-Miami Speedway and this early end to his day will not hurt him for next week.

“These things are out of your control, so it doesn’t really knock your confidence down because there’s not much you can do about it anyway,” said Logano. “(If not for the win) we’d be out. You can’t afford to have that happen in this Round of 8. We won Martinsville and that’s the reason why we’re gonna race at Miami.  It is what it is.

“We’re just staying confident and keeping our heads high because I still feel like we’ve got a great shot at winning this championship when we get to Miami. This doesn’t affect anything.”