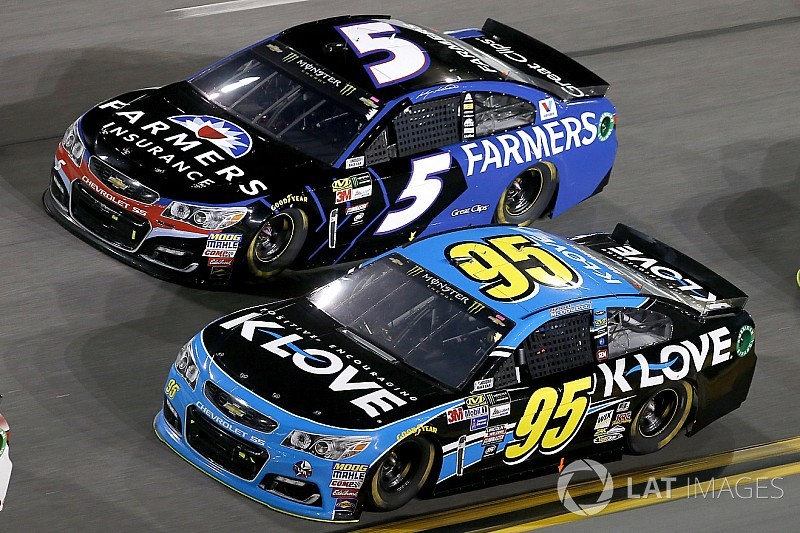 Kasey Kahne will pilot the No. 95 Chevrolet for Leavine Family Racing for the 2018 Monster Energy Cup Series season.

Kahne, 37, won his 18th-career Cup race at Indianapolis Motor Speedway in July and is currently 15th in the standings.

“I want to thank Leavine Family Racing for this opportunity and will work as hard as possible to help them continue improving,” said Kahne. “I am ready for this challenge and look forward to making a fresh start. Bob and everyone at Leavine Family Racing put a lot into their program and I’m excited to become a part of it.”

Kahne started his career in 2004 with Ray Evernham. He remained in the No. 9 car as the team evolved from Gillett Evernham Motorsports to Richard Petty Motorsports. In 2010, he signed on to drive for Hendrick Motorsports for the 2012 season. He moved to Red Bull Racing for a year before taking over driving duties in the No. 5 Chevy at HMS. Since the NASCAR adopted a playoff format, Kahne has made six appearances with a career-best finish of fourth the first season he moved to Hendrick.

Leavine Family Racing was established in 2011 by Bob and Sharon Leavine. Fellow Texan David Starr competed in the first four races. The organization scored its first top-10 finish with Scott Speed at Talladega in 2013. Michael McDowell first joined the organization in 2014. Two years later, the team completed its first full season on the tour and finished 30th.

This year, McDowell is currently 25th in the standings. He delivered the team’s first-career top five with a fourth-place finish inn the July Daytona race.

“We look at this as an opportunity to go to the next level,” said LFR team owner, Bob Leavine. “This deals partially with performance, because obviously, Kasey is a playoff-caliber driver. He has a wealth of information being with a larger organization like Hendrick Motorsports, and we think that will help us. We also look at this as an opportunity for marketing to be able to sell sponsorship.

“Overall, we think Kasey is a good fit and felt we needed a change. There is absolutely nothing that Michael did, it was just a matter of us having to make some changes to help us move up the ladder and be a factor in the playoffs. I know Kasey will bring things that will help us, and I believe our environment will be conducive to his confidence level, which will in turn raise our confidence level. It just seemed like the right time and the right fit for our team.”