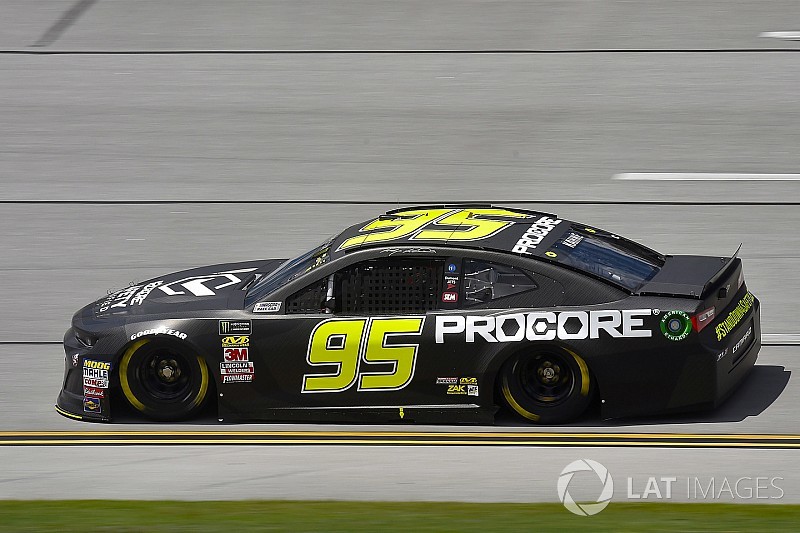 Kasey Kahne says that he and Leavine Racing’s inability to get their Chevrolet Camaro up to speed early in 2018 NASCAR Cup series races are hurting their results.

Kahne exited Hendrick Motorsports at the end of 2017 and said he was “glad” to move on after a challenging six years with the outfit.

He then moved onto the smaller Leavine Racing outfit that runs customer Chevrolet Camaros built by Richard Childress Racing.

Now working in an environment centered around himself, Kahne has had a difficult start to 2018 and lies 29th in the Cup standings with a best result of 17th at Texas and Talladega.

Kahne has pinpointed Leavine’s slow start to races as key to his lack of results.

“Bristol was by far our best race so far of the season, and we had a top-10 car there,” said Kahne.

“If things would have gone right, I really felt that we could have run in the top-five before we ended up having our mechanical [steering] problem [and was classified 34th].

“We’ve just tried to learn from Bristol, and I think that some of those things will be able to be used at Dover, which would be great.

“Looking ahead to this weekend at Dover, I think the biggest key for me will be to do a better job in practice so that I can really understand our Camaro ZL1 when the green flag comes out on Sunday.

“You want to qualify well at Dover, but the biggest thing is just knowing where we’re at in race trim when the race starts.

“Too often this year, we haven’t been able to get the car where we need it to be until the second or third run of the race, and by then, we’re just behind.”

Kahne has finished inside the top 10 at Dover eight times in 28 attempts, finishing fourth in 2016, making it ones of his preferred tracks.

“Dover’s one of my favorite race tracks because I’ve just always seemed to enjoy the one-mile tracks,” he said.

“With the unique load on the cars and the rough surface of Dover, the cars get really difficult to have either front grip or rear grip.

“The two corners of Dover are really different from each other, so we work on both of those corners and drivers know that they can turn into the corners early at Dover which can help secure the car some.

“You can search for different grip throughout the track as well at Dover depending on what tire Goodyear brings with us.

NASCAR Mailbag: Kenseth's return and what the future holds

Aric Almirola: "I’m having the time of my life" at SHR