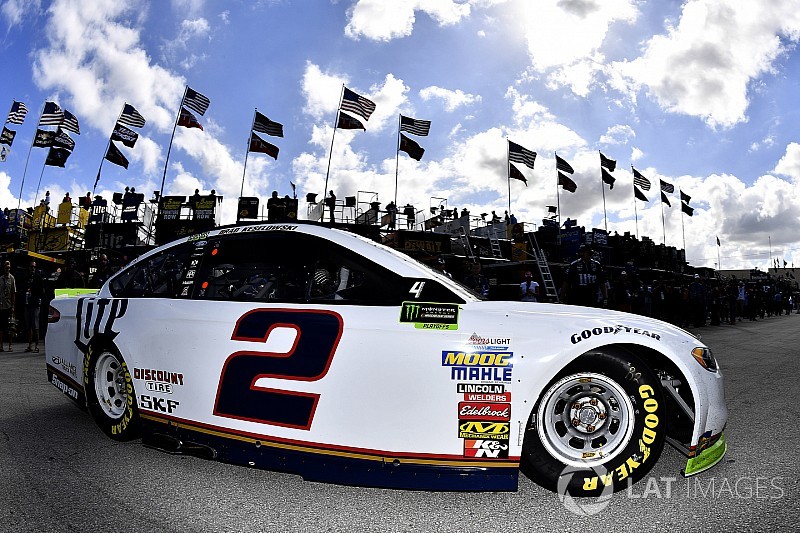 Although Keselowski was last among the Championship 4 drivers, it didn't start out that way. Crew chief Paul Wolfe opted to put on a set of tires during an early caution, allowing Keselowski to surge to the front of the field. He remained there for the entirety of the first stage, leading all four contenders after 80 laps of racing.

But he quickly fell back after that, forced to turn to strategy once again to try and mix things up.

"There really wasn't any point in the race where we were capable of running with the 18 (Kyle Busch) or the 78 (Martin Truex Jr.) so that's just kind of the way it was," he said. "We tried everything we could throw at them with strategies and whatnot, and it seemed to work out for a little bit, force everybody's hands a couple times and put them in some uncomfortable spots, but in the end, we just didn't have enough speed to contend with those guys. Really, nobody did."

Despite the loss, Keselowski was pleased with the calls from the box, believing the No. 2 team did everything they could against clearly superior cars.

"I feel like I left it all out there and ran a damn near perfect race, but we just didn’t have enough speed." Later adding, "we forced them to run as hard as they could multiple times and they were able to do it.  I give them credit for that.”

At the checkered flag, Keselowski was scored 15.566 seconds behind newly crowned champion Truex. In the post-race press conference, Keselowski went into the advantage the Toyota camp had over everyone in 2017. The manufacturer won 16 of 36 events during the season, including eight of the final ten.

"When that car (Toyota) rolled out at Daytona and we all got to see it for the first time, I think there were two reactions: One, we couldn't believe NASCAR approved it and two, we were impressed by the design team over there," he explained.

"You know, with that said, I don't think anyone was really -- ever had a shot this year the second that thing got put on the race track and approved. Kind of felt a little bit like Formula 1 where you had one car that kind of makes it through the gate heads and tails above of everyone and your hands our tied because you're not allowed to do anything to the cars in those categories."

Looking forward, Keselowski hopes Ford is able to bridge the gap, or else "we're going to take a drubbing next year," he said.

"You’re always gonna be disappointed when you don’t win the championship here, but I’m not disappointed in the effort. There was a lot of great effort from my whole team and that’s something I was proud of.”

Kevin Harvick: "Didn’t quite have what we needed at the end"