Kurt Busch: “I just didn’t get the job done" at Phoenix 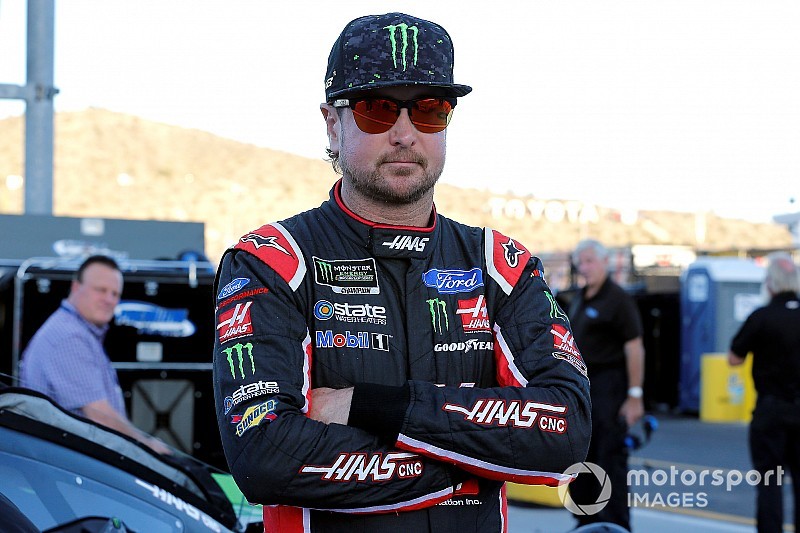 While racing for the win and berth in the Championship 4, Kurt Busch was knocked into the wall by Denny Hamlin on Lap 272 of 312 in a wreck that also collected Chase Elliott and took both Busch and Elliott out of title contention.

Hamlin appeared to get loose out of Turn 2, initiating the contact that caused the accident while Busch and Hamlin were racing for the lead.

“Erik Jones was on my inside when we restarted and I just wanted to make sure I didn’t slip through the new (Turns) 1 and 2,” said Busch. “If I could have been to somebody’s outside off (Turn) 2, then I thought we had a good shot of maintaining the lead and I just got cleaned out. I flat-out got cleaned out.”

Just before the restart, Busch and his team decided to stay out on the track and not pit in favor of track position.

“I thought it was the right decision on staying out,” said Busch. “I’m not gonna look back on it.”

Busch and Elliott also found trouble on pit road. Busch's was far more severe, forced to overcome a one-lap penalty for passing the pace car while entering pit road during a pit stop.

“If the rule earlier in the race on the pit road of passing the pace car is black and white, I just need to get brushed up on my rulebook,” said Busch. “I didn’t gain anything by doing what I did other than just digging from behind all day.

“It was a really good year for our Haas Automation Ford. Thanks to Monster Energy and everybody that put their talent into that No. 41 car. I just didn’t get the job done to get us to Homestead.”

Elliott was caught speeding on pit road during a late-round of pit stops and he felt that mistake is why he was caught up in the Busch-Hamlin accident. Elliott’s No. 9 team managed to keep his car in the race but he fell three laps down and out of striking distance.

“Yeah, don’t speed before that and you don’t get caught back there in the back,” said Elliott. “It was completely my fault and when you make mistakes like that, you get put behind and that’s when you get wrecked.

“So, I had a pretty good NAPA Chevy, especially on the long runs. We could run with those guys. You can’t come down pit road leading the race and speed and expect to race for a championship the next week.

“Just unfortunate and especially that late in the race. So, that was just my fault and really no excuse for it. So, we will try again next year.”