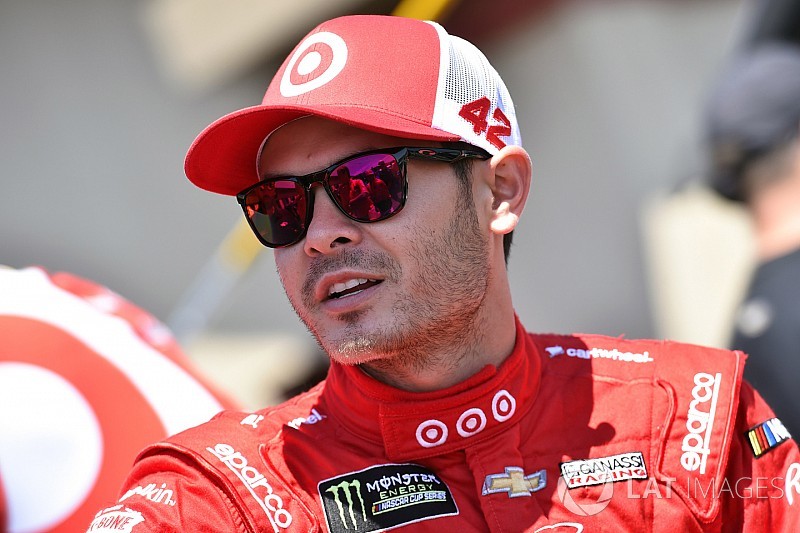 Chip Ganassi Racing was the class of the field for both Monster Energy Cup Series practices on Friday.

“It’s always a little hard to get back to tracks where were we only race once a year, but fortunately my teammate, Jamie McMurray, had a good test at Kentucky a few months ago,” said Larson, who completed a tour-high 41 laps during the session. “That test should give our team some current info to help with setup…Kentucky is definitely a tough track with some challenging banking, but a cool place to race. I hope we can continue our solid runs and contend for a win this weekend.”

McMurray established the early quick speed in final practice with a top lap of 181.867mph after five circuits. After 10 minutes, Elliott jumped to the top of the speed chart with a lap of 183.499mph followed by his Hendrick teammate Johnson and the Hendrick-powered Larson. Daniel Suarez, Blaney, McMurray, Joey Logano, Bowyer, AJ Allmendinger and Chris Buescher rounded out the top 10.

Bubba Wallace vaulted to P1 with a lap of 184.395mph in his first lap of a qualifying run. He told TV this was his last race of the year — with the recovering Aric Almirola expected to return to the seat of the No. 43 Richard Petty Motorsports Ford at New Hampshire Motor Speedway.

“Being on top of the board for practice is a first for me,” Wallace said. “We’re trying to get the top starting spot for Ford.”

Kyle Busch bumped Wallace with a lap of 185.573mph. Jones’s first lap was good for third (183.524mph) then Truex vaulted to second on his first lap (184.716mph) and knocked Jones to fourth. Stenhouse completed his Q-run and seized second-place on the speed chart at the 40-minute mark. Four minutes later, NASCAR finally allowed Matt Kenseth to leave pit road. Kenseth posted the fifth-fastest speed in his mock qualifying run.

After 50 minutes, Kyle Busch held the top speed followed by Stenhouse, Truex, Wallace, Kenseth, Johnson, Jones, Elliott, Hamlin and Larson. Larson’s 37 laps were the most completed. Blaney shot to the top two minutes later on his 23rd lap. Bowyer claimed on his Q-run.

At one hour, 10 minutes into final practice, Larson bounced up to P1 with a single-lap run of 188.186mph. Seventy-five minutes in, Truex returned to second. Elliott, Blaney and Kyle Busch held onto the top five.