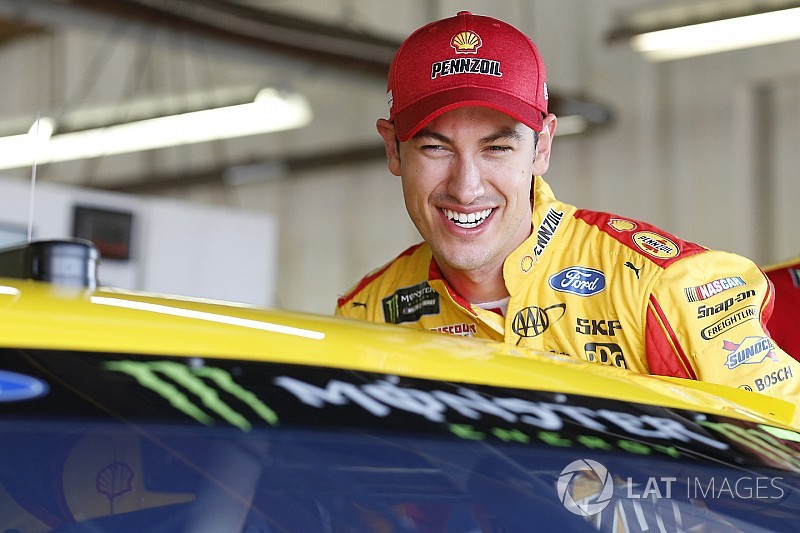 It’s been a tough five races since Joey Logano visited Victory Lane at Richmond, Va. – and even that ended up hurting quite a bit.

Since Logano’s win at the end of April, he’s wrecked out of two races and hasn’t finish better than 21st in the others.

And even the victory stung as NASCAR declared it an “encumbered finish” after his No. 22 Team Penske Ford failed post-race inspection. His team is unable to use the Richmond win as automatic entry into the playoffs.

So, Sunday’s third-place finish at Michigan International Speedway was a welcome change and moves up to 10th in the Monster Energy NASCAR Cup Series standings.

“It feels great, you don’t know how good it feels to stop the bleeding, it almost feels like a win,” Logano said after the race. “We out-performed our car and we needed that. We needed a momentum change.

“This team did what it needed to do today. It looked like we would finish around the 10th position but we had some good restarts, (crew chief) Todd (Gordon) had some good (pit) strategy, the pit stops were good – that’s what we have to do.

“That put us in position to almost win the race.”

With 21 of 200 laps remaining, a caution for debris on the track allowed several cars close on fuel to stretch it to the finish, but many others – including Logano – also took the opportunity to pit for new tires.

On the restart with 15 to go, Logano lined up 13th with two new right-side tires while the top 12 cars remained on the track on old tires.

After Clint Bowyer hit the wall with 12 to go, Logano had moved up to sixth. Following a caution for Danica Patrick’s wreck, Logano lined up third on restart with five laps left.

A gritty battle for position with Denny Hamlin slowed Logano’s progress from there but he still managed to finish third.

“I wish I could have the last restart back. I think I could have gotten to second,” Logano said. “I wasn’t able to stay attached to (Kyle Larson). I had a good start but the whole bottom lane was able to stack up really good and push ahead and then Denny slid up in front of us – just racing there.

“We’ve had a rough struggle the past five or six weeks. It’s good to tick off a top-five and try to get that momentum to build back up again.”

After the race, Logano announced on his Twitter feed even more good news: