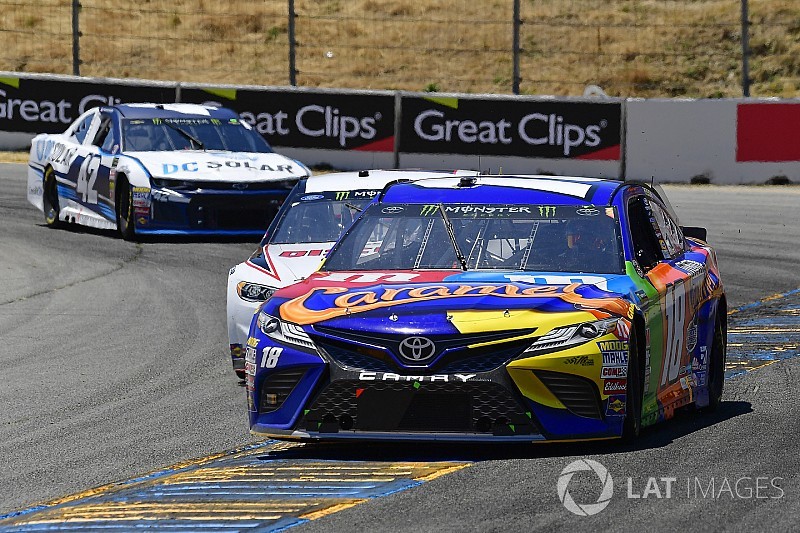 The Motorsport.com team is back with another edition of the NASCAR Mailbag, answering your fan questions.

With recent rumors going around, will Toyota race the Supra in NASCAR and what version of the Mustang will Ford race? – JP

JP, Toyota has raced the Camry in NASCAR since the group went Cup racing in 2007 and I expect them to continue to do so in 2019. To put a new model on the track for the ’19 Daytona 500, as Ford is doing with the Mustang, would require a new body submission request from Toyota by Sept. of 2017 and to my knowledge no such request was made. They would have until Sept. 1 of this season to submit a request for a body change in time for the 2020 Daytona 500. As for the Mustang, according to officials, there currently is no “version” such as the Bullitt or GT attached to the race version. That could change, obviously, before the car hits the track next year. - Kenny Bruce

Do you know if Carl Edwards is going to come back to NASCAR?  I don't know if it's true or not and also do you think it's right to put restrictor plates at every NASCAR track? – Timmy

Timmy, it’s highly unlikely, although not impossible, that Edwards will return to NASCAR. The longer he is removed from competition, the less likely a return appears. At last report, Edwards is enjoying spending time with his family and a less hectic lifestyle back home in Missouri. Whether or not NASCAR decides to use restrictor plates at tracks other than Daytona and Talladega remains to be seen. There are different ways to accomplish the same thing besides the use of plates and that’s likely one of the things NASCAR officials are studying as officials work toward the 2019 rules package. - Kenny Bruce

Why not let all brands of tires be used? If someone makes a tire that will last more laps it would change the whole race and Goodyear would need to step up also? - From Jerry

Jerry, the “tire wars” of the late 1980s and early ‘90s which pitted Goodyear and Hoosier didn’t benefit anyone. “Softer” tires produced faster speeds but also gave up much quicker, and often unexpectedly. Teams that chose to run “harder” tires didn’t have as many issues, but also didn’t have the speed. A harder tire as you suggest lasts longer but there is little to no falloff. There is no pit strategy of four tires vs. two tires vs no tires … just stop for fuel and you’ve got what you’ve got. Goodyear could make such a tire. But it’s not what the teams, or the fans, would want. - Kenny Bruce

Who would be all the players involved in Dodge or FCA return to NASCAR? Cut to the chase, are they returning or not? Or should I get rid of my SRT Challenger and support Kia? - From Leo

Leo, the rumor mill about a Chrysler return to NASCAR got going again last season when Fiat Chrysler Automobiles CEO Sergio Marchionne told reporters last February at Daytona, "It's possible we can come back to NASCAR. I think we need to find the right way to come back in." So far, however, there have been no sure-fire signs Chrysler has taken any of the steps necessary to make a return to NASCAR competition. The cheapest way to return to the sport would be to do so with established, veteran teams that switch to the manufacturer. Starting from scratch again is likely financially not possible. - Jim Utter