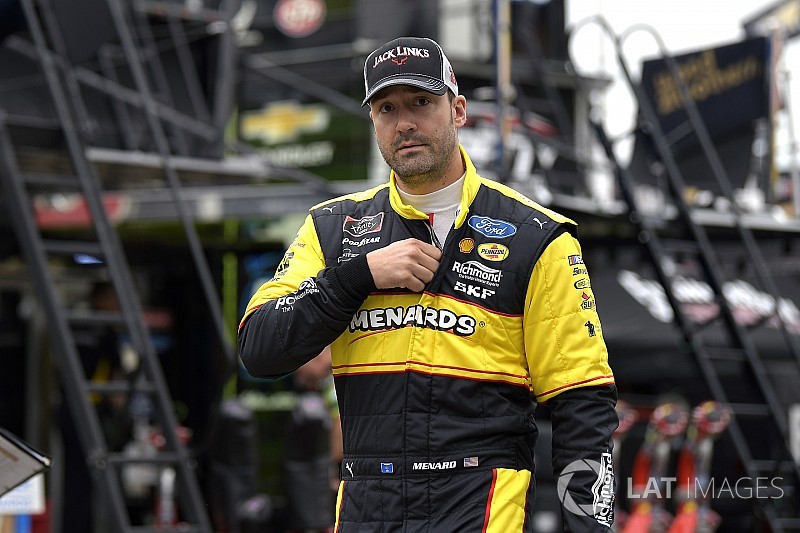 Paul Menard rebounded from an on-track incident earlier in the race to score his best finish of the season at Michigan International Speedway on Sunday.

“We had a good car today and all weekend,” said Menard. “We didn’t qualify as good as we would have hoped and went from the back and got put to the back twice. Once I sped and another time we got door slammed.”

Seven laps into the second stage of the race, Menard and Daniel Suarez got together on the track that damaged the rear fender – and possibly the suspension - of his Ford Fusion.

The team made repairs, and on the next caution flag, crew chief Greg Erwin elected to stay on the track, a move that put Menard in the lead but on older tires trying to improve their track position.

Menard was able to hold on and finish fifth at the end of stage 2. He lined up eighth for the restart of the final stage of the race and advanced to fifth where he finished when the race was called on Lap 133 due to weather.

“I am really proud of my guys,” Menard said. “We made a gutsy call to stay out on no tires with a bunch of laps on them. Gutsy call. “We had the car to hold on though, so it worked out.”

Team co-owner Eddie Wood added he was pleased with the way the race turned out for his team.

“We didn’t think we’d even get to race with the forecast like it was,” Wood said. “And then to come back from adversity to get a top-five finish was a bonus.”

“You always want to run well at Michigan since it’s the home track for Ford Motor Company. There were hundreds of Ford people here at the track, and we were especially glad to have a top-five finish with Ford executive Brett Wheatley with us on the pit box.”

NASCAR Mailbag: Will transitioning to the Mustang slow Ford down?