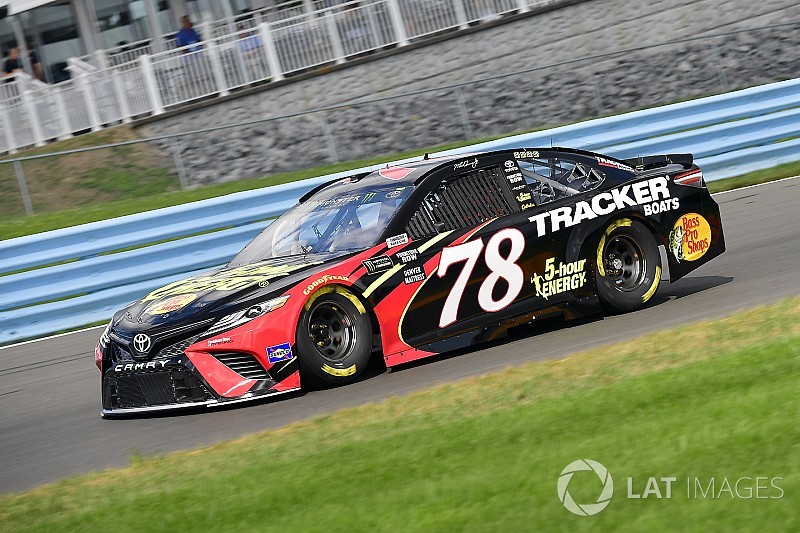 Electing not to pit before the conclusion of the stage, Martin Truex Jr. took the Stage 1 victory at Watkins Glen (N.Y.) International.

Several drivers elected to pit before the conclusion of the 20-lap stage but Truex remained out and beat Johnson to the finish by almost 13 seconds.

Denny Hamlin, who started on the pole, held the lead through the first lap but Kyle Busch battled inside of him through the carousel on Lap 2 and took the lead.

Also on Lap 2, Joey Logano got off course in Turn 6 and did enough damage to his No. 22 Ford that he had to take it to the garage for repairs. The move was a violation of the vehicle repair policy and Logano’s day was done.

“On the race track we were actually racing the heck out of each other at the start of the race. It was fun. I was trying to keep the nose on the car and was going to try to make a run on Larson off the carousel and I was right on him when they checked up in front of him,” Logano said.

“He lifted and there was nothing he was supposed to do. He checked up and I ran into the back of him and there’s just not enough bumper on the front of my car apparently and it just knocked the radiator out of it.

Caution was displayed on Lap 3 when Blaney got into Aric Almirola and spun Almirola around. The race returned to green on Lap 6 with Kyle Busch leading the way followed by Truex and Chase Elliott.

On Lap 8, Hamlin moved back up into third while David Ragan spun while entering Turn 1. He recovered and continued without the need for a caution. 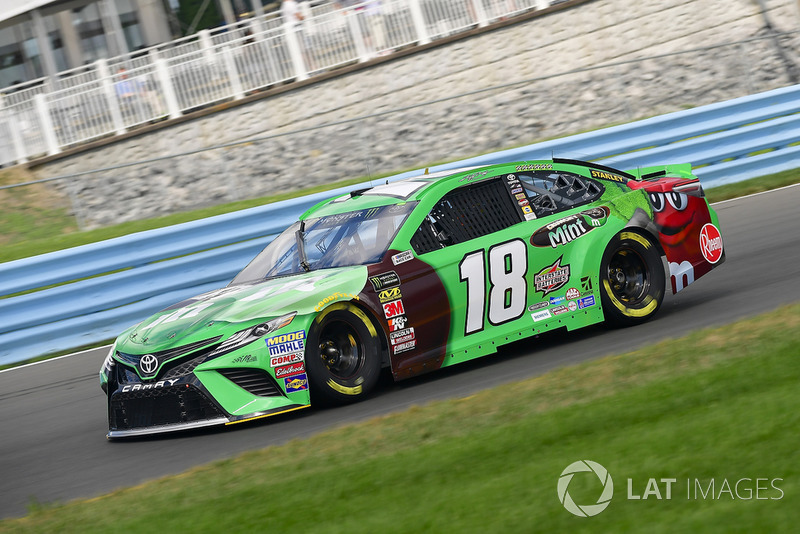 With three laps left, several drivers – including Kyle Busch, Kurt Busch, Clint Bowyer, Jones, Elliott, Hamlin, Blaney and Kevin Harvick – elected to pit before pits were closed for the end of the stage.

With Kyle Busch pitting, Truex inherited the lead with two laps left in the stage. He was followed by Johnson and Byron.

Earlier Sunday, both Menard and Kurt Busch failed post-qualifying inspection and lost their respective official starting positions. Both began the race from the rear of the field.

In addition, the cars of Ty Dillon and Landon Cassill had to start the race from the rear for making unapproved adjustments following qualifying.

Bill Elliott on return: "I really don’t have anything to prove"