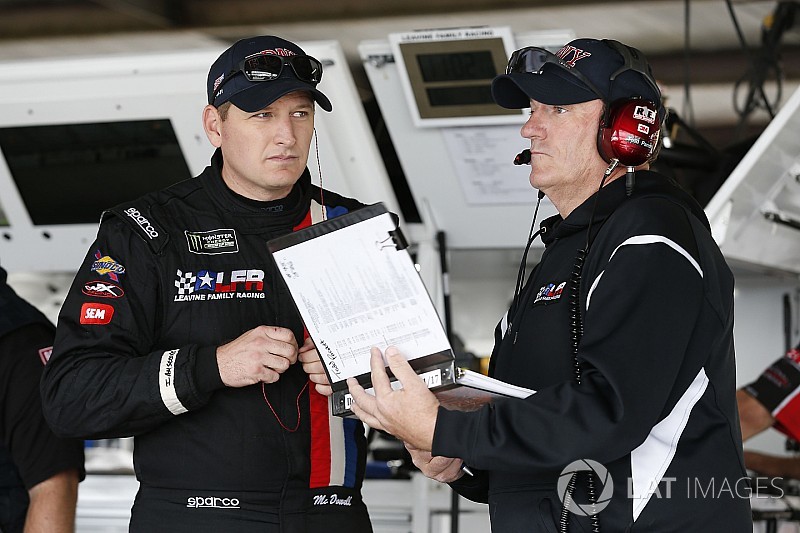 “Todd Parrott has been relieved of crew chief duties for the remainder of the 2017 season effective immediately. After careful consideration and numerous discussions regarding the position of crew chief, we have decided to go in a different direction.”

The organization has named Jon Leonard as interim crew chief while it continues to explore options for the 2018 season, when current Hendrick Motorsports driver Kasey Kahne will assume driving duties for the No. 95 Chevrolet.

McDowell and Parrott had been enjoying their most productive session together at the fledgling Cup team. McDowell is 27th in the series standings with a season’s-best finish of fourth coming at the Daytona race in July and 13 top-20 finishes.

Parrott, 53, won the 1999 Cup series championship as a crew chief with driver Dale Jarrett at Robert Yates Racing. He has won 31 Cup races as a crew chief over 23 years. His most recent victory was with Marcos Ambrose in 2012 while both were at Richard Petty Motorsports.

Parrott took over as crew chief for McDowell and the No. 95 last year beginning with the October race at Charlotte Motor Speedway.