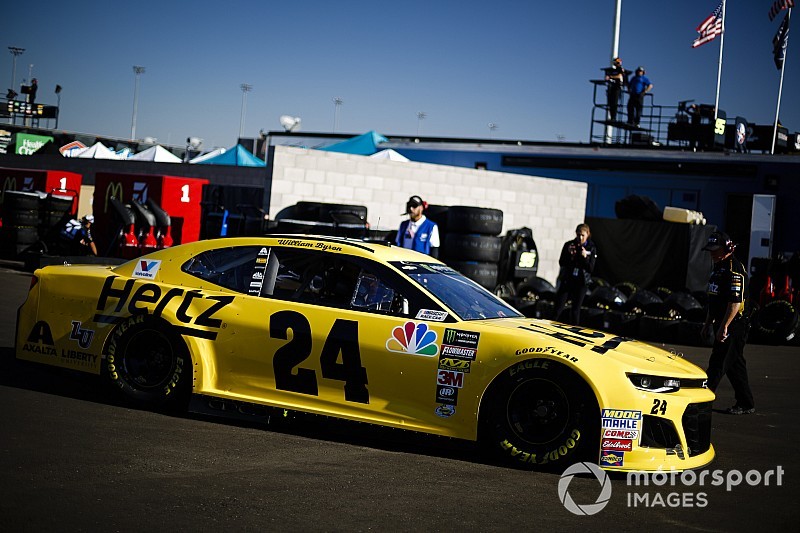 Byron, 20, picked a good time to score his first top-10 finish in 13 races on Sunday with a ninth-place finish at ISM Raceway that allowed him to clinch the rookie title.

Byron, who also won a NASCAR K&N Pro Series East title in 2015, was happy to have a good finish first and foremost.

“It was a good run for us,” said Byron. “It would have been better, we got that damage when the wreck (between Denny Hamlin and Kurt Busch) happened, but yeah it was good. Overall, the car was the best we have been in a long time and it was fun to have that.”

While Byron was able to score the special recognition, he also happy to return to the top-10 after a stretch of bad luck since late summer.

“We haven't had very good runs, to be honest, the whole year, but this run we kind of went a completely different direction with what we were doing and it seemed to pay off, and just kind of had a solid weekend other than qualifying,” said Byron.

“(We) got some damage there, but we were able to come back, I guess, and finish ninth, so I guess that's decent, and going to Homestead next week.”

Byron is also looking at the positives of improving throughout his rookie campaign.

“I'd say just kind of how we've grown or how I've grown,” Byron said. “There's been a lot of things to learn, so just how I've improved those things or how people have helped me improve those things, and looking forward to next year, what we have there.

“I think probably some of the decent runs that we've had, I look at the road courses went pretty well for us, and then some of the short track races went well. Probably look at that stuff and be proud of that.”

Byron’s best finish to date in a Cup car was at Pocono when he came home sixth in late July and his most recent top-10 finish was at Watkins Glen (N.Y.) in August.

Chad Knaus, who has served as seven-time Cup champion Jimmie Johnson’s crew chief for almost 17 seasons, will take on the same role with Byron next season.

Kurt Busch: “I just didn’t get the job done" at Phoenix

Truex heads to Homestead for "one last hurrah" with Furniture Row