Sparks flew on and off the track Saturday night at Charlotte Motor Speedway in NASCAR's annual All-Star Race. 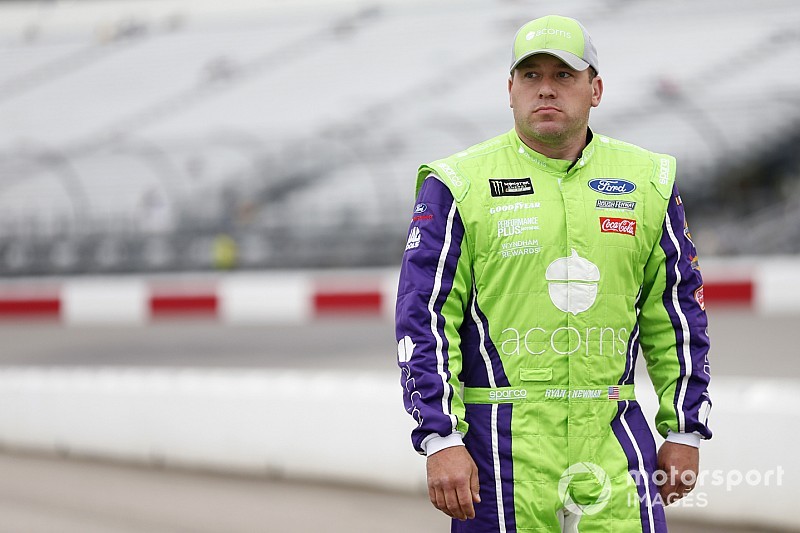 But while Kyle Larson held off Kevin Harvick for the race win, tempers overflowed back in the pack.

Ryan Newman got into the back of Clint Bowyer on the cool down lap. The incident culminated with Bowyer contacting the outside wall in Turns 3 and 4.

On pit road, rubbing fenders evolved into fisticuffs. Bowyer approached Newman's No. 6 Roush-Fenway Racing machine and threw a series of punches through the open window. Newman confronted him soon afterwards, but did not retaliate physically.

Afterwards, Newman explained that he was frustrated with Bowyer due to an incident from earlier in the race and wanted to show his displeasure.

"And then after the race I just went up and tapped him in the back and let him know I didn't appreciate the way he raced me and he body-slammed me," Newman told Fox Sports 1. "Then I hit him back a little bit on the back straightaway and then he just cut across my nose in Turn 3.

"It doesn’t take much of a man to try to fight someone with his helmet on. I think he should be embarrassed of himself."

The Stewart-Haas Racing driver saw things differently of course, saying, "I don't know what the hell his beef was. I thought he was a lap down. Our day was over, we lost track position ... basically buying time there seeing if something was going to happen at the end. They got four-wide off of (turn) four -- hell I thought he was a lap down. I checked up and he ran into my left rear and that's the last I saw of him. And then after the race, he comes and runs into my back and turns me all around. I pull up next to him and he dumps me.

"Where I come from you get poked in the nose for that. That’s what he got."

NASCAR said there will be no penalties for the altercation.