Ryan Newman is standing his ground, asserting that he did not nothing wrong while battling Matt DiBenedetto in the closing laps at Bristol Motor Speedway. 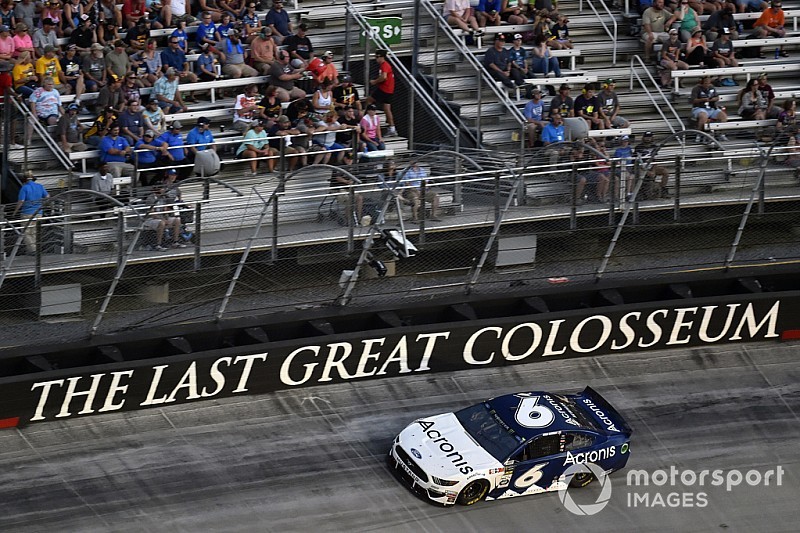 Newman, who is on the playoff bubble, was fighting to stay on the lead lap when Matt DiBenedetto came upon him towards the end of the Bristol night race.

DiBenedetto was on his way to a possible storybook victory, but found it difficult to lap the Roush-Fenway Racing driver.

The two drivers ultimately made contact and DiBenedetto's car started showing signs of a tire rub. DiBenedetto said after the race that his car developed a tight condition after the contact, ultimately finishing second to Denny Hamlin.

But Newman feels he did nothing wrong.

“No. I think Kyle Busch would tell you the best, there’s always gonna be haters," he said Friday at Darlington Raceway. "I did what I needed to do to be competitive. I haven’t seen any replays. I don’t know exactly how he hit me twice in two separate straightaways in the right rear going down the straightaway. If I pinched him or if he didn’t give himself enough room or what, but in the end there was nothing intentional by me. Fans can choose whatever they want, I mean there are thousands of fans that have come to Bristol to see crashes for years, so I’m sorry I let them down.”

Newman continued, saying "there’s no reason to" to speak with DiBenedetto about the incident.

“I don’t think I did (move up). I even told somebody after the race, I said, ‘I don’t know what his deal was.’ I thought I was in the same spot with every car that was on the outside of me, and I didn’t hit any cars or any cars had hit me up until he came on the outside of me. Now, he did surprise me off of turn two the first time, but I thought I left him plenty of room.”