Ryan Newman believes changes need to be made to prevent a repeat of Kyle Larson’s violent crash at Talladega but the answers he seek aren’t likely to come from NASCAR. 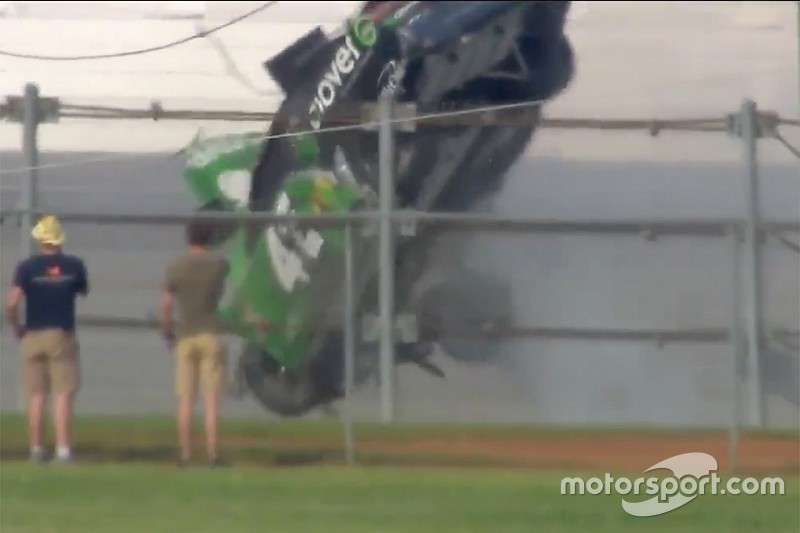 Asked Friday at Sonoma (Calif.) Raceway about his expectations in next month’s Cup Series at Daytona International Speedway, Newman said he was most concerned about ensuring another car doesn’t get airborne in the race.

“I have been very vocal about keeping the cars on the race track. That is my biggest pet peeve,” Newman said. “Whatever we do needs to put on a good race but be safe for the drivers and safe for the fans.

Larson was hit by William Byron’s No. 24 Chevrolet on the final lap of the April race at Talladega. As Larson spun, his back wheels lifted off the ground, the car’s nose hit the interior wall and barrel-rolled about half a dozen times before coming to a stop.

NASCAR immediately began an investigation into the incident, taking Larson’s No. 42 Chevrolet to its research and development center in Concord, N.C., and collecting all available video and data from the incident.

However, NASCAR officials announced last month during the All-Star Race weekend at Charlotte that it would not be recommending any specific changes to the cars before the Daytona event based on the results of its analysis.

NASCAR determined the reason Larson’s car got airborne was damage received from Byron’s car to Larson’s right-front tire that lowered the speed needed to get the car airborne. With the Cup series’ current aerodynamic design, the cars would typically need to be going approximately 250 mph to get airborne barring additional factors.

John Probst, NASCAR’s senior vice president for innovation and racing development, said the only way to ensure a “zero chance” of cars getting airborne would be if they were traveling “very slow” on the track.