The other side of Alex Bowman - Part 8

With two races left before the start of the playoffs, it’s been a rough little stretch for us of late since winning at Chicagoland Speedway. We knew some of the race tracks that were coming up would not suit us that well with what we have going on this year. Some races, we’ve had some self-inflicted problems. At Kentucky, we cut a left-front tire. At Watkins Glen, we ran out of fuel – stuff like that. Some of those finishes are definitely bummers, but I’m confident by the time we start the playoffs we’ll get right back to where we need be.

Last year we had a really fast car at Darlington, I just decided to hit the wall about three laps in and ruined our day. I’ll try to avoid that in the future. We should be really good there. I enjoy that place. It’s going to be real different with this rules package, but I think you’re obviously not going to be able to run wide-open or even close to it in (Turns) 3 and 4. I’m looking forward to figuring that place out. Indy is always that curve-ball – it’s so awkward in a stock car. With this rules package for the first time in the Cup series, I’m not sure if you’ll be able to run wide-open or not. I’ve never really had a great day there. It’s probably not a place I normally would be super-pumped to go to but I’m looking forward to seeing how the rules package goes there. 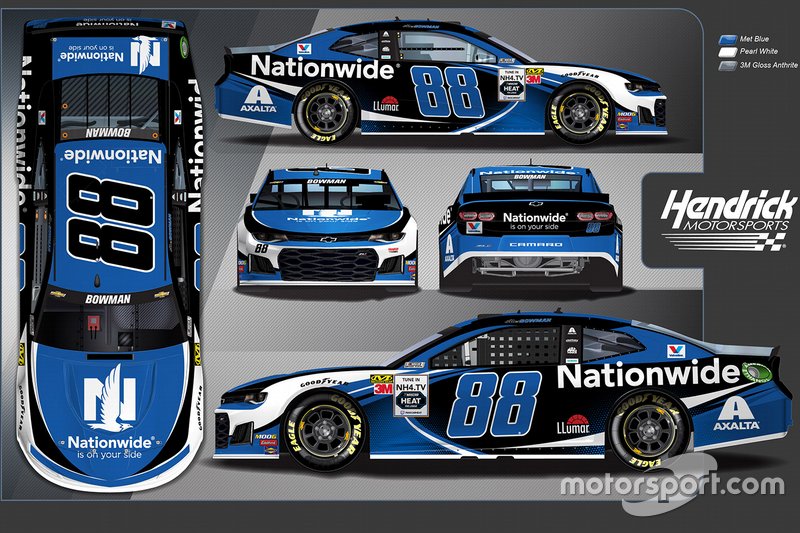 It’s been a little over a month now since our win at Chicagoland and I think the biggest thing it did was it gave us all a lot of confidence that we can go out there and get it done. At the same time, it has given us the opportunity to try things with our race cars that we might not normally try, just being aggressive with the tools that we have. Some of it has worked, some of it hasn’t. But we’ve had time to learn a lot because we haven’t had to look over our shoulder at points.

I think the stretch through May was probably the best we’ve been as an organization this season at Hendrick Motorsports. Some of the tracks since then haven’t suited us as well. We’ve been a little off from the strengths that we had then. You know how this sport is – there’s ups and downs and it comes and goes. Compared to where we started the year, we’re at least ahead of that and I think we’re in a pretty good place approaching the playoffs.

I have a new-look Nationwide Camaro ZL1 which I will drive at the playoff opener at Las Vegas Motor Speedway thanks to the fans. Basically, Nationwide did a fan contest, reaching out to a handful of designers they found on social media and had everyone design a Nationwide scheme. About 16 to 24 schemes were sent to Hendrick Motorsports and my crew chief Greg (Ives) and I narrowed it down to four. Nationwide then opened it up to a vote on social media for fans to choose the scheme that they team would run. After 30,000 votes were cast, a paint scheme submitted by Kyle Sykes Designs was selected to hit the track for the Sept. 15 race.

I think there were a lot really good ones. It’s pretty neat to see all the ideas and different designs that fans come up with. My favorite one did not win but I still really like the one that did. I think the winning design is a really good-looking race car. There was so much interaction with the fans on that. Everybody has their own idea and perception of what a good-looking race car on the track looks like. There were some odd ones, for sure, but just the fact there were so many to choose from was great. Nobody is shy of their opinions around here and this contest was no different.

This is our final off week of the season in the Cup Series and for the first time this season I won’t have to spend it moving. The first thing I’m going to do is NOT move anything. Me and some buddies are going to Colorado this week, so it will be a good time. We’ll just hang out there – nothing crazy. This will be like the only real vacation I’ve had this year. We went to Wyoming last offseason, but most of the winter was racing the midgets and then I got right back into the swing of things. It’s the first vacation I’ve had in a while. These breaks can be really good. You look at how we were running before the last off week and then how we ran after it and it was a light-switch. It’d be great to see that again.