The other side of Alex Bowman - Part 5 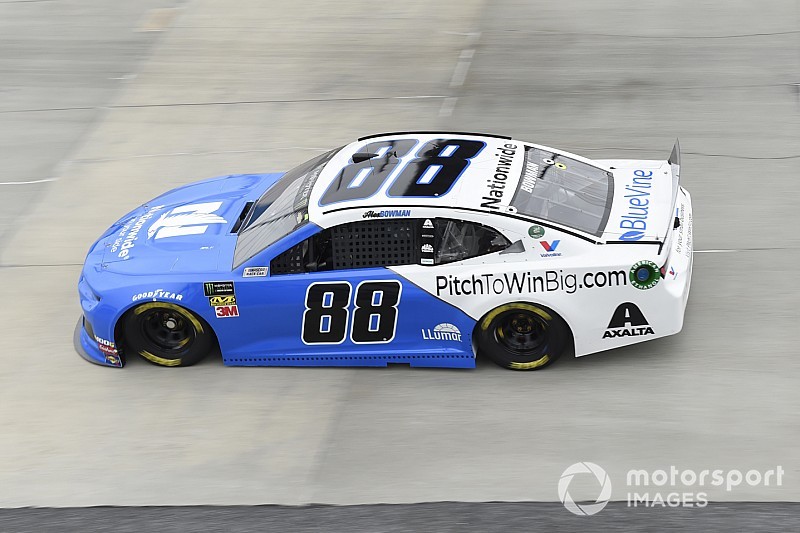 This week is Small Business Week which is important to me for two reasons. My sponsor, Nationwide, has teamed with financing provider Blue Vine to give away up to $100,000 to one small business in a promotion to help it grow. Last weekend on Fox Sports 1’s “Race Hub” show we debuted a paint scheme for my No. 88 Hendrick Motorsports Chevrolet Camaro ZL1 to celebrate Small Business Week that ran on my car this past weekend at Dover. Through the end of June, small business owners can visit pitchtowinbig.com to enter for a chance to win funds to achieve their business goals. The finalists will travel to Nationwide’s headquarters in Columbus, Ohio, to make their case for the $100,000 grand prize.

The week is also important to me because I kind of grew up around a small business. As a kid, I developed my love of cars working at my dad’s small business, which was a small body shop in Arizona. There are also quite a few small business owners who work at Hendrick Motorsports and on the No. 88 team. It’s pretty neat that Nationwide and Blue Vine have taken the opportunity to use the car to promote this. I think the whole idea is pretty cool – getting the chance to pitch your business in hopes of getting $100,000. It doesn’t matter what you’re doing, a $100,000 should go a long way to helping your business expand.

I’m also a small business owner myself, with my race shop. Between managing people and trying to put parts and pieces together, then there’s the business capital side of things – it’s a challenge, a big undertaking no matter who you are. It can be tough. That $100,000 probably helps some of those problems, which is why I think it’s such a cool program.

Working for a small business is a lot different as well. You see the owner all the time, like my dad would be out painting cars or doing body work or doing whatever he had to on Sunday afternoon when everybody else was at home and had the day off. I think that’s something you see more of with small business than you do at large corporations. Everybody is just kind of all-hands-on-deck trying to make it work.

A lot of people look at Nationwide as a car insurance company, right? But they do so much more than that. Their reach is very broad. They could just put Nationwide Insurance on the car for the whole season and not worry about it, but they use the car for everything they can and try to integrate me into everything they can. It’s cool to be a part of, knowing they care as much as they do.

We’ve got Kansas coming up this weekend and I like Kansas a lot. I think we got crashed in the first race last year. Second race, we ran pretty well. It’s a fun place. I feel like out of the tracks that have been repaved recently, it’s the only place you can really move around. The top (groove) gets rolling there very well. It’s a blast to run up there. A lot of re-paved tracks you don’t think of as fun, but Kansas is absolutely fun to race. It’s still really fast and I think this new aero package will change things quite a bit. I think it will be the first place we’ve gone this season where we’ll be wide-open on both ends all race long. If there is somewhere that will really showcase this package, I think it would be Kansas and Michigan in my opinion. I could be totally wrong and I feel like I’ve been totally wrong about half the stuff I’ve predicted this season.