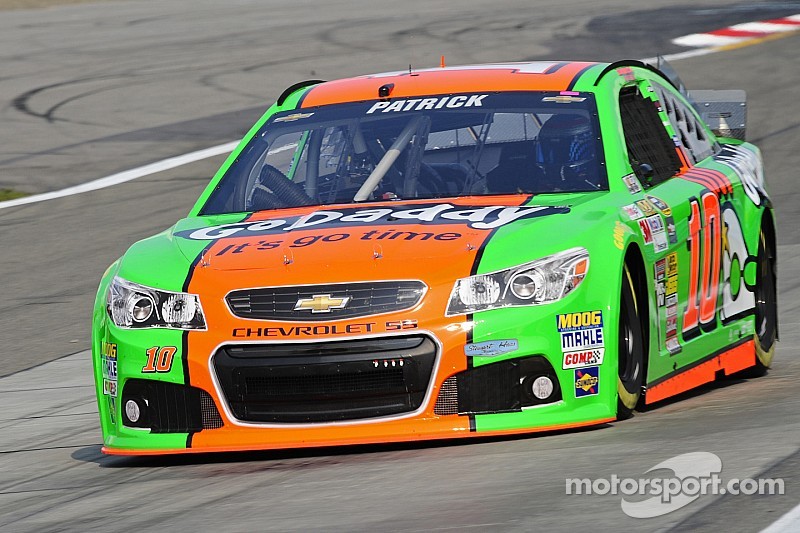 Patrick, driver of the No. 10 GoDaddy Chevrolet SS for Stewart-Haas Racing (SHR), started 43rd in a backup car due to an accident in the primary car during Friday practice.

She began slowly moving through Sunday’s field and was midpack on lap 57 when she was caught up in a large accident involving Ryan Newman, Michael McDowell, Greg Biffle and Alex Bowman that delayed the race for more than an hour as repairs were made to a guardrail. Patrick had contact causing damage to the left front of her racecar and was forced to make three pit stops to fix it.

Tony Gibson and his GoDaddy crew worked on the left front of the car and made the adjustments to get her back out without losing a lap. She fought hard the rest of the race and scored a respectable 21st.

“It’s been a tough day,” Patrick said. “It was a long race, but Gibson and the GoDaddy guys worked on the car and we got a 21st out of it, which isn’t bad with the weekend we had. We’ll come back at Michigan next week.”

Regan Smith, subbing for Tony Stewart in the No. 14 Rush Truck Centers/Mobil 1 Chevrolet SS for SHR, finished 37th after being involved in an accident that forced him out of the race nine laps shy of the 90-lap distance.

There were six caution periods for 17 laps, with six drivers failing to finish.

The next event on the Sprint Cup schedule is the Pure Michigan 400 on Sunday, Aug. 17 at Michigan International Speedway in Brooklyn. The race starts at 1 p.m. EDT with live coverage provided by ESPN beginning with its prerace show at noon.

The man who never won

On-track gesturing a thing of the past? Local tracks take action