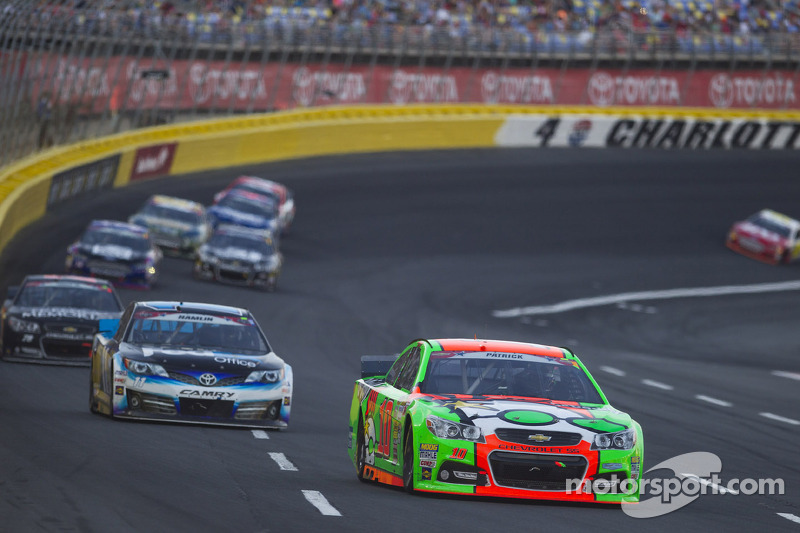 “It's really unfortunate for the entire GoDaddy team,” Patrick said. “We started off great and started to get tighter and tighter. We had a plan to make a big adjustment (early) that I thought would really help under yellow. We dropped a cylinder or lost power and lost power, then got rear-ended. That was our day.

“We’ll just remember the good stuff that happened here at Charlotte (this weekend) and at Kansas last race (seventh-place finish) and build on that for Dover.”

After qualifying fourth on Thursday night to notch her best Sprint Cup qualifying effort at a non-restrictor-plate race and then practicing in the top-three on Saturday, Patrick and her GoDaddy crew had high hopes for the longest race of the season.

Early in the running of the Coca-Cola 600, Patrick looked poised for a promising night. She started fourth, and by lap four she had moved into the runner-up position. She was able maintain a top-10 spot for the first 70 laps, but a tight-handling condition began hampering her progress.

By lap 163, Patrick had been lapped by the leaders and had fallen to 23rd. Although Patrick believed her crew’s adjustments had improved the car’s handling and that they were getting closer to having the right setup for the later runs, she wouldn’t get a chance to show how good her No. 10 GoDaddy Chevy was.

Shortly after the halfway point, Patrick radioed that something had happened and she was down on power. When the crew brought her in at lap 223 under caution, they were able to confirm that she had gone down a cylinder.

Unfortunately, Patrick’s night got worse a few laps later when she was hit from behind as she was avoiding a spinning car in front of her. The accident caused heavy damage to the right rear fender of her No. 10 machine. After multiple pit stops to repair the damage, a dejected Patrick – now 28th and four laps down – apologized to her team, saying this wasn’t the night they had wanted. But crew chief Tony Gibson was quick to remind his driver that there would be difficult nights like these and that they would make the best of it.

Their night ended at lap 285 when Patrick’s engine expired after she had completed 281 laps.

“Unfortunately, we had a lot of bad luck,” Patrick said. “I think we still showed some good things this weekend. We’re not going to forget about where our GoDaddy team has been lately and running better. We’ll be back to get them at Dover.”

Jimmie Johnson won the Coca-Cola 600 to score his 67th career Sprint Cup victory, his first of the season and his series-leading seventh at Charlotte.

There were eight caution periods for 44 laps, with six drivers failing to finish the 400-lap race.