Penske Racing to use Roush Yates engines in 2013

One of the hottest topics of the summer in the backrooms and cafeterias of the NASCAR shops was in what Penske Racing was going to do for power next year as they switch from Dodge to Ford.

The switch sent the rumor waters roiling as to what Penske Racing would do with its engine shop that was producing Dodge powerplants. Rumors that it was sold were quashed by Penske Racing a month ago, lending many to speculate of its future, until Jack Roush let the cat out of the bag on Saturday. 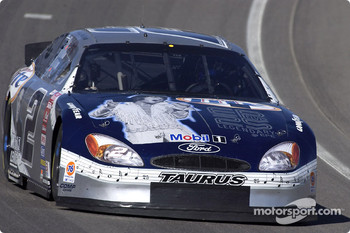 "It's truly an honor to provide Penske Racing with Roush Yates Ford engines," said Doug Yates, CEO of Roush Yates. "I have always admired Roger Penske as a team owner and a respected businessman in our sport and beyond. I am looking forward to many wins, championships, and other successes in supporting the Penske organization."

Penske had a long and successful partnership with Ford in NASCAR leaving Pontiac for the Blue Oval in 1994. The team was most well-known for its efforts with Rusty Wallace, their most successful season coming in 2001 when Wallace won four races and nine poles.

"Ford has been consistent in its belief that we will be stronger with one engine specification rather than continuing with an independent approach," said Tim Cindric, President of Penske Racing. "Roush Yates has a proven record and we are looking forward to many successes together."

Roush and Yates combined operations in 2004 to provide engine packages and make them available to all Ford Racing teams. In its inaugural season, Roush Yates powered Roush Fenway Racing's No. 97 team to the Sprint Cup Series Championship.

"We are very pleased that Penske Racing has decided to use Roush Yates' FR9 engines as they re-join Ford starting in 2013," said Jamie Allison, director, Ford Racing. "This aligns well with the spirit of One Ford; having a unified One Ford engine program in NASCAR allows us to apply all of our technical resources into one program benefitting all Ford teams. We believe the FR9 has proven to be a strong engine and by taking the input from our teams and drivers at Roush Fenway, Penske Racing, Richard Petty Motorsports and the Wood Brothers, we know that input, along with the knowledge and technical skills of Ford and Roush Yates, led by Doug Yates, will only make our engine program even more competitive in the future."

Ryan Newman was hoping to see one more restart in Pocono