For the first time since 2004, the Daytona 500 will receive a presidential visitor. 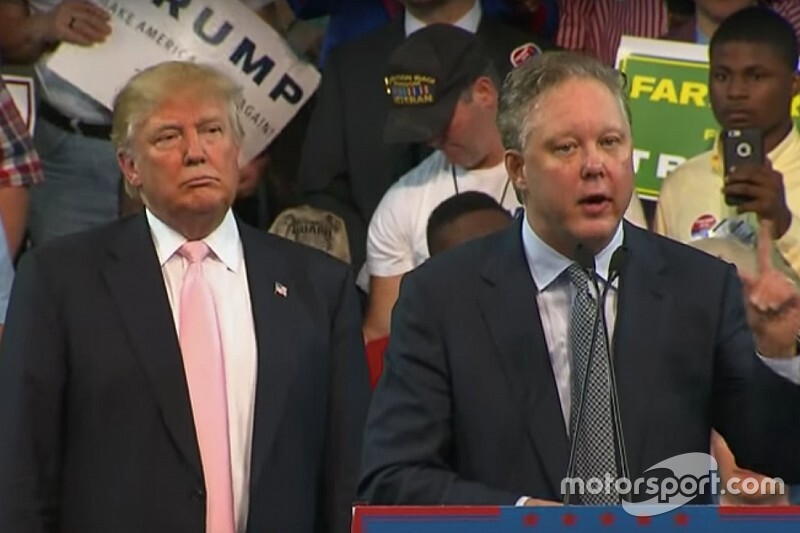 President Donald Trump is expected to attend Sunday’s Daytona 500 at Daytona International Speedway, making a stop off for the NASCAR Cup Series season opener as he returns to Washington from a weekend visit to his south Florida Mar-A-Lago resort, according to multiple reports.

A spokesperson for Daytona Beach International Airport confirmed to Motorsport.com the airport was expecting a visit from Air Force One on Sunday. A 30-mile drone no-fly zone has also been put in place around the airport for Sunday.

Throughout his campaign for president in 2016 and during his presidency, Trump has shown an affinity for NASCAR and its fans.

During an appearance at the White House last year with 2018 Cup Series champion Joey Logano, Trump said of the sport: “You never forget what matters most - God, family and country.”

In early 2016, former NASCAR chairman and CEO Brian France appeared at a rally in Valdosta, Ga., with Trump along with Hall of Famer Bill Elliott and drivers Chase Elliott, Ryan Newman and David Ragan.

“This the Daytona 500. It’s already over the top, off the charts, fun, exciting, and you’re just rolling with whatever comes your way. They tell me it starts at a certain time, but you go when they tell you to put your helmet on,” driver Kurt Busch said.

“And I can’t wait for President Trump to show up and for all of the race fans to acknowledge him and just to have that fun atmosphere of a president at the Daytona 500.”

Speedway president Chip Wile issued the following statement on Thursday morning: “The Daytona 500 is one of the greatest events in sports and the prestigious season-opening event to the NASCAR Cup Series. Daytona International Speedway has been privileged to have hosted several sitting Presidents of the United States over our history. We’re honored that the President of the United States has chosen to experience the pageantry and excitement of ‘The Great American Race’ by attending Sunday’s 62nd annual Daytona 500.”

Erik Jones has 'no intention' of leaving Joe Gibbs Racing