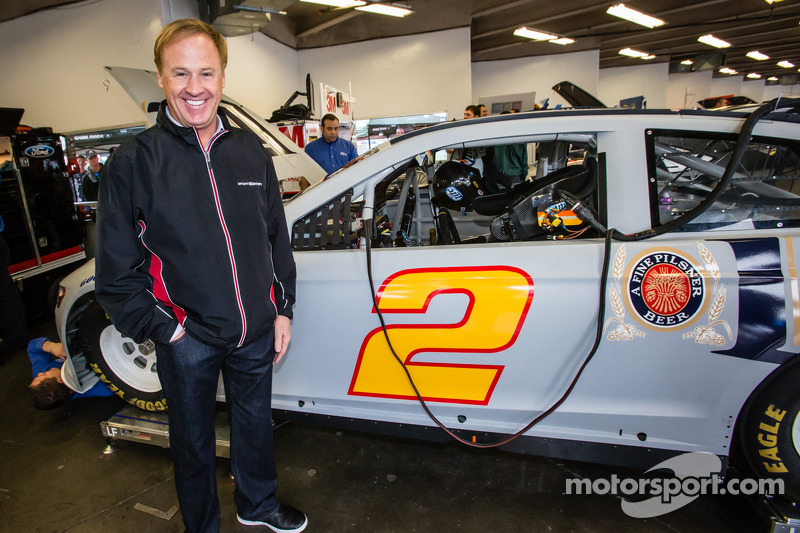 Racing legend and NASCAR Hall of Famer Rusty Wallace was scheduled to hop back into the 2 car he made famous and turn laps in the afternoon testing session at Daytona on Thursday.

Rusty Wallace and current No. 2 car driver Brad Keselowski met with media this morning at Daytona International Speedway to discuss how the idea for the NASCAR Hall of Famer to test in his old car came to be.

"I came by to see the 2 car and I talked to the guys," the 1989 champion said. "And they said, I wish you'd get back in the car every now and then and do some testing with us. I said, well, we'll see about it."

A few weeks later, after current Team Penske driver Brad Keselowski caught wind of the testing offer, he sent a message to his predecessor to get the deal going. 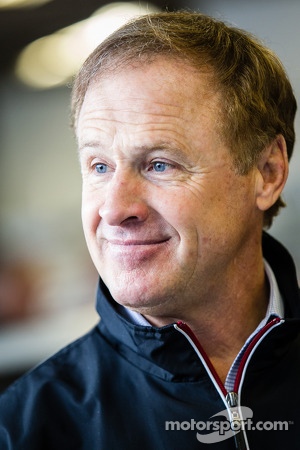 "I got a text from Brad, and he said, 'hey, I'd be all for that, why don't you try it?' So then I called, talked to Roger Penske and he was real excited about it, and talked to NASCAR, they were all for it," he said.

Wallace's plans to test the Ford Fusion around the 2.5-mile superspeedway were put on hold however as rain continued to keep the jet dryers and Air Titan system busy all day on track.

"I walk the garages a lot as everybody knows, I talk to a lot of the crew guys, and to actually get in the car and drive it, the new Gen‑6 car with the new updates, is something I'm real proud to do. I just wish the rain would stop so I could get out there and get it done."

With testing times extended for Friday due to Thursday's weather, Rusty Wallace may well get another chance to lap the famous racetrack, and maybe provide some feedback for the team.