Ray Evernham: "It blows me away" to join the NASCAR Hall of Fame 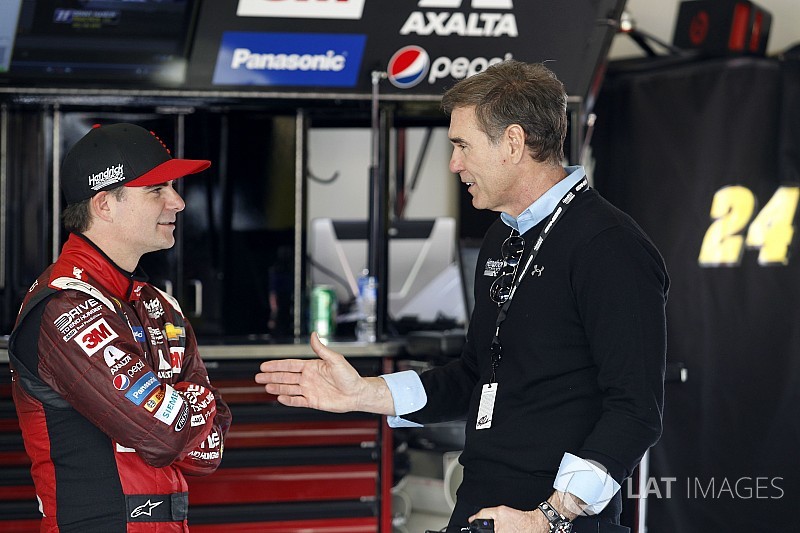 Given the opportunity, Ray Evernham would have preferred to enter NASCAR’s Hall of Fame as a driver.

But the 60-year-old Hazlet, New Jersey, native will be the first to admit the stats he accumulated behind the wheel were dwarfed by what he accomplished as Jeff Gordon’s crew chief and eventually as a team owner.

With his three Cup titles and 60 wins, it was just a matter of time before Evernham was afforded the honor for which he will be feted on Friday night.

“You think about what do you want to be known as, known for,” Evernham said. “I think, from my side of things, as much as I feel like I'm a decent business guy, I thought I was okay. I just really want to be known as a good mechanic that loved racing. Because of that, racing allowed me to do things that I would never have been able to do in my life had I not met the people and been involved in cars.

Evernham joins a small fraternity. Dale Inman was the first crew chief inducted into the Hall in 2012, to be followed by Leonard Wood (2013) and Maurice Petty (2014), a renowned engine builder who also picked up three victories as Pete Hamilton's crew chief in 1970.

“When I look at the guys that I'm in there with, it blows me away,” Evernham said. “When I look at the guys that are nominated, people that I still look at as mentors. You always picture yourself, it was like going to the guru on the mountain, going to speak to Smokey (Yunick), sitting in Banjo Matthews' shop while he was in the barber chair, Herb Nab being up with me at 1:00 or 2:00 in the morning at Banjo's stringing IROC cars, showing me how to set a front end. To be able to talk to Glenn, Leonard Wood. It blows me away. It amazes me.

“I can tell you that it really, truly just amazes me, because I have never held myself in the same light as I hold a lot of those people. When you're growing up, you're thinking, ‘Man, if I could only be as smart as that guy, if I could only ever be as good as that guy.’ Now going into the Hall of Fame with some of them, ahead of some of the others, it just totally blows me away.”

It was during his tenure at Hendrick Motorsports that Evernham revolutionized pit crew development. Certainly, the Wood Brothers are credited with the modern-day pit stop, but Evernham elevated the process from recruitment to execution with the “Rainbow Warriors," Gordon's illustrious over-the-wall crew. Evernham hired Andy Papathanassiou, a former Stanford University football player, as the sport’s first pit crew coordinator in 1992.

“The pit stuff, I think I was maybe responsible for bringing it to a different level,” Evernham said. “You've got to go all the way back to the Wood Brothers when you look at the modern day pit crew, the focus on how important it was to shave those seconds off. Those guys started it. Everybody else since then has pretty much just kind of developed it and reworked it. We had the idea about bringing in professional athletes.

“The biggest thing I thought of back then is how can I expect a guy to work the way we're working in the shop, at that time 14, 16 hours a day, then be able to pit the car on Sundays, be fresh, be focused. Let's train some people that have skills and abilities and time to do that, that could be faster, and we could really gain something. I think that set the stage for what's happening now.”

Evernham enjoyed a 21.86 winning percentage with Gordon and the No. 24 Hendrick team before undertaking Dodge’s return to NASCAR in 2001 with veteran Bill Elliott and rookie Casey Atwood.

Transitioning to an ownership role

As an owner, Evernham sharpened his media skills. He upped his engineering staff— marching out more than a dozen engineers for effect during the pre-season media tour while quoting the teachings of Sun Tzu from The Art of War.

Elliott won the pole for the 2001 Daytona 500. He visited Victory Lane later that year at Homestead-Miami Speedway—the first of Evernham’s 13 wins as an owner. The pair won the 2002 Brickyard 400 the following season.

With former USAC midget champions Gordon (1990) and Tony Stewart (1994, 1995) making quick transitions from dirt to asphalt, Evernham recruited Kasey Kahne, who won the midget title in 2000, to be his next protege in 2004.

Kahne, who won nine races for Evernham between 2005 and 2008, feels his former owner is deserving of the Hall of Fame honor.

“I’ll be at the Hall of Fame supporting Ray,” Kahne said. “He’s always supported me. He’s a big part of why I got where I am. He was one of the people behind me coming up through the ranks. He’s done a ton, not only for me, but from getting Dodge up and running again, as an owner and back as a crew chief dominating with Jeff Gordon. He’s been a huge part of NASCAR over the years.

“For me, to work with him, that’s something I always think about. There wasn’t a time that crossed my mind that I didn’t think I’d be racing for Ray my entire career in NASCAR. Once I got the opportunity, I was like, ‘Man, this is my dream. I’ve got my spot.’ Then Ray made some changes and sold the company and after that, I was with a bunch of different teams. But early in my career, all through ’07-’08, it was all about racing for Ray, Evernham Motorsports, and being a part of that.”

Evernham’s passion for racing inspired Kahne. He believes Evernham’s hands-on approach with the teams differentiated REM from other organizations. And that pressure helped Kahne reach his potential in the No. 9 Dodge.

“He’s a racer and he’s there,” Kahne said. “He’s always there. He holds everybody accountable—including myself. I had three or four 7 a.m., Monday morning, ‘Do you want to be here?’ meetings and I’ve never had one since.

“The guy is a racer. He wants to win. He wants to get everything he can out of every single person that is part of his program. That was the biggest I noticed when I was there. It’s pretty incredible because what he did get out of the people and the performances that they had. He would still be winning if (ownership) is what he wanted to do.”

FIA: No evidence of Mercedes guilt in Racing Point case