Celebrating their 50th anniversary, Richard Childress Racing will run a pair of gold paint schemes in the 2019 running of the Daytona 500.

The commemorative schemes will help celebrate 50 years for RCR as an organization, based in Welcome, North Carolina. Austin Dillon will be attempting to defend his 2018 victory in 'The Great American Race' while his rookie teammate Daniel Hemric makes his 500 debut.

The team started with Childress himself behind the wheel in 1969, having won over 100 Cup races since then and collecting six Cup Series championships (all with Dale Earnhardt). They've also won the Daytona 500 on three occasions (1998, 2007 and 2018). 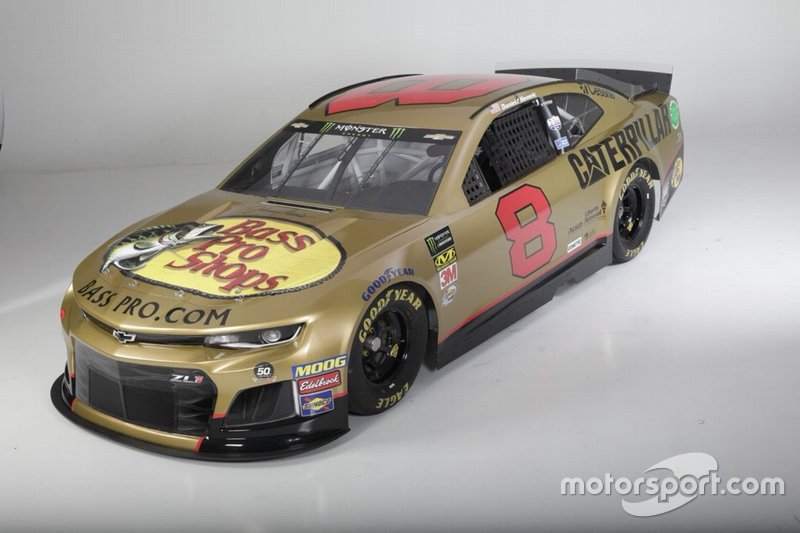 "Who would have thought that a $20 investment more than 50 years ago would have grown into the organization that RCR is today,” said Richard Childress, who was inducted in the NASCAR Hall of Fame in 2017. "I’m very proud of RCR’s accomplishments, from race wins to championships and the many drivers, employees and partners who have been associated with our race team along the way,” he said. “I’m most proud of the relationships we’ve formed and the many race fans who support us each weekend.”

They will celebrate their 50th year in the sport throughout the 2019 season with a "robust content plan on rcrracing.com and various social media platforms celebrating the organization’s past, present and future," per a release from the team. They will also utilize the hashtag #RCR50.

Keselowski "feels strong and optimistic" a win will come soon

Hamlin off to ‘good start’ at Martinsville

William Byron: Drivers have to ‘adapt’ with no Martinsville grass

Preview Show: Under the Saturday night lights at Martinsville

Suarez: "We're going to get a trophy" after Bristol showing

Keselowski "feels strong and optimistic" a win will come soon