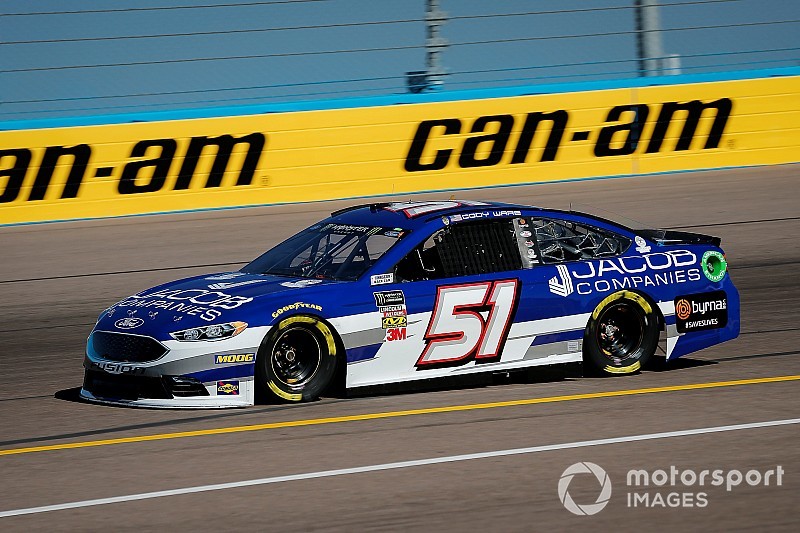 Fresh off of the team's first full-time season in the NASCAR Cup Series, Rick Ware Racing has decided to expand their operations.

Rick Ware Racing will also compete in the NASCAR Xfinity Series with the expanded effort in two of the three NASCAR national series in 2019.

Team Principal Rick Ware has been busy building up his assets to field two cars starting with the Daytona 500 in February at Daytona International Speedway. Their best result came in this past year's Daytona 500, finishing 12th with Justin Marks.

To be able to field the second car the team acquired a second charter for 2019 which will be branded with the team’s No. 52 number.

“It’s been a busy off-season for our team since Homestead but we’re embracing 2019 with a wide-open approach,” said Ware. “By acquiring a second Cup charter it will allow us to have two full-time cars at the race track each weekend where we hope it will allow the two teams to work together and improve the team performance overall from the 2018 season.

In addition to expanding their Cup Series efforts the teal also acquired owner points for its No. 25 race car as a stepping stone within the team’s platform.

“I’m also thrilled to know that we’ll return to the NASCAR Xfinity Series at Daytona and sport the No. 25; a number that is truly meaningful to me – celebrating our 25th year of existence less than two years ago. It’s going to be our busiest year yet in NASCAR competition, but I feel we will be adequately prepared and look forward to a successful season.”

Details on driver, sponsor and crew chief lineups for RWR’s 2019 season will be announced at a later date.