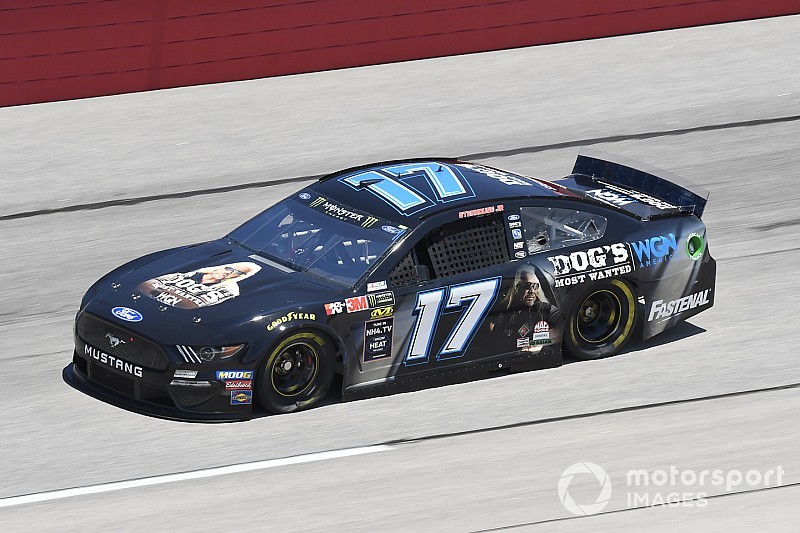 Kurt Busch, who topped the first session, ended up fourth and Matt DiBenedetto completed the top-five.

Larson had the fastest average lap speed (166.897 mph) among those drivers who ran at least 10 consecutive laps. Hamlin and Kyle Busch were second and third, respectively, in that category.

About 11 minutes into the session, Aric Almirola slammed into the wall, doing extensive damage to the right side of his No. 10 Ford.

The damage was severe enough that Almirola’s team elected to bring out his backup car, which means he’ll have to start Sunday night’s race from the rear of the field regardless of where he qualifies on Saturday.