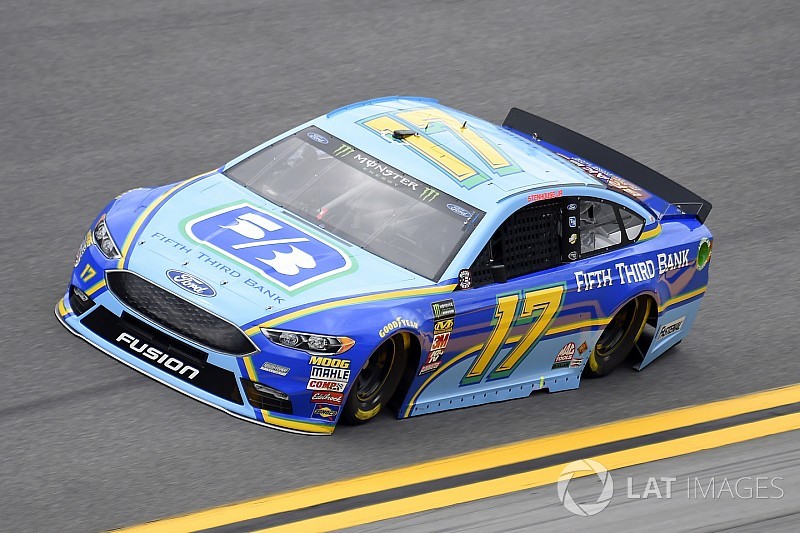 Ricky Stenhouse Jr. held off a furious charge from Kyle Busch to claim the Stage 1 victory at Daytona International Speedway.

Elliott, the pole winner, took command of the race early, leading the first 10 laps before Stenhouse briefly grabbed the top spot on Lap 11.

With 10 laps remaining, Stenhouse held a small advantage over McDowell, followed by Austin Dillon, Blaney and Ty Dillon as there was little movement in the Top 5.

Byron was the highest running Hendrick car with seven also remaining in 10th and he was the only team driver who did not start in the Top 10.

With three laps remaining, Austin Dillon moved up to the second position behind Stenhouse.

Stenhouse continued to hold a lead over Dillon with one lap remaining.

Daniel Suarez, Kasey Kahne and Corey LaJoie all had to start the race from the rear of the field for making unapproved adjustments prior to the race.

Landon Cassill could not get his No. 99 Chevrolet to start and returned to the garage before the race got underway. He returned to the track after a battery change two laps down.