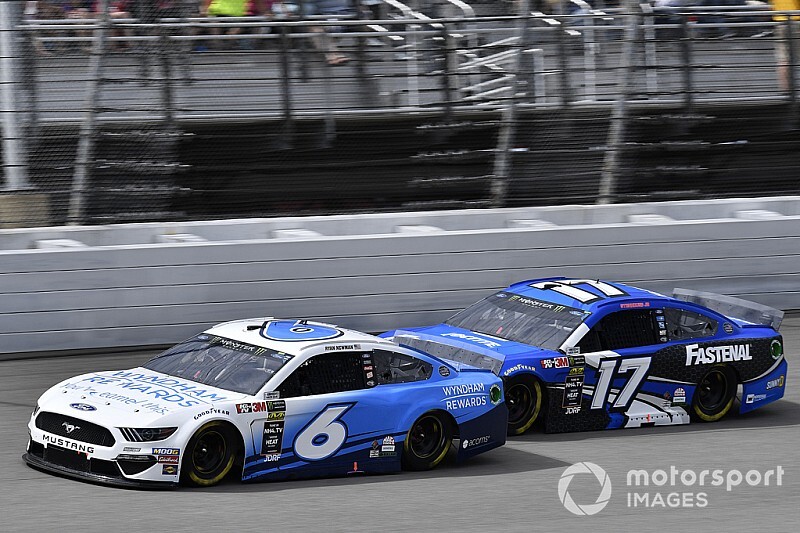 As the 2020 NASCAR season gets underway, Cup Series teams face a busy year ahead, competing for wins and a championship while also preparing for the transition to the series’ next generation race car.

Every organization faces different hurdles during such an undertaking, based on its size for one. Chevrolet teams have the added workload of adjusting to a new model Camaro this season and will have upgrades introduced later this year to its engine cylinder hear and block.

A lot of questions about the 2021 car still have to be answered – it’s still in the early stages of testing and teams won’t see the final design until later this year.

During a visit to Roush Fenway Racing last month, Motorsport.com spoke to both team president Steve Newmark and competition director Kevin Kidd about how that Ford organization plans to tackle the challenge of transitioning to a new car while chasing wins and a championship gains this year.

What has Roush Fenway Racing’s involvement been so far – if any – in the development of the 2021 Cup series car?

I feel like we’ve been heavily involved on a couple fronts. One, NASCAR has sought the input from all the teams and specifically here there are two of us that have a pretty material role in that. I serve right now as co-chair of the team owner council, representing the owners on that, and Kevin Kidd is one of the three competition leads that interact regularly with NASCAR – there’s also one from Toyota and one from Chevrolet (teams). The two of us work closely on the platform and work closely with Steve O’Donnell, who is the co-chair from NASCAR, on evaluating and assessing and getting the team feedback and input during the RFP (request for proposal) process, looking at source suppliers. This is NASCAR’s project, they’ve taken the lead on it, but in my estimation they have done an admirable job of involving teams so there are no surprises.

With only three small tests so far with the new car, what is your assessment of how things are going?

Probably a little premature. I think there is a lot of cautious optimism that everyone thinks this is the right direction. I’m not sure that we’ve been involved enough yet – we haven’t had one of our drivers out there, we haven’t been at the track – but the feedback we’re hearing is that there is a lot of potential here. At the end of the day, we have to keep enhancing the racing for the fans. That’s the goal and I think there is a pretty strong belief that this is going to do that.

There has been some talk that one organization’s get into the process of building 2021 cars, teams – particularly larger ones – may see a loss of personnel. Any idea how that could affect Roush Fenway?

It’s hard to assess right now. I understand that is not a great answer but we don’t know the answer yet. We talk about it quite a bit and making sure we have the right work force for what we’re doing and do right by our employees while also trying to put the best product out on the track. ‘How will 2021 look for the workforce?’ is a question we’re asking a lot but we just don’t know right now. We’ve anointed certain companies that will be single-source suppliers (of parts) but we don’t know all the rules around that, we don’t know how many people you need. We’ll need the same disciplines we have now, but I can’t tell you how many of those people we’ll need. We probably won’t start to know until we get deeper into the season and parts start showing up for 2021.

How difficult is to focus on racing to win in 2020 but also having to work toward getting ready to race a new car in 2021?

There is no doubt it will be a very unusual and unique situation. We had a company-wide meeting and were kind of laughing pointing out that Jimmy Fennig has probably seen everything that has gone on in the garage but he hasn’t seen this. We don’t really know, but it is something we have to be intensely focused on. Clearly now our focus is on 2020. We expect both of our guys to be in the playoffs and we expect both teams to make progress and you can’t take your eye off that. On the flipside, you have this big unknown coming and you don’t want to get behind on that. NASCAR has helped us quite a bit by essentially freezing the rules (this year) and not allowing as much development going on during the season for the existing car. That was part of the teams and NASCAR working together to make the transition as smooth as possible.

Do you believe it will be a difficult tightrope to walk this season competing for wins and a championship while also preparing to run a next generation car next season?

To be honest with you, we still have 38 races to run in 2020 and there’s a lot at stake, a lot of trophies to get, money and everything else that goes with it. There’s a lot of emphasis on 2020, certainly right now. 2021 isn’t consuming a lot of our day-to-day focus. I have to sit in some meetings and Steve does as well but by and large the mass of Roush Fenway Racing is not too deep in 2021. As the season progresses, as we start getting parts in the building, and really understand that this is now a very tangible thing we have to work on, we will naturally change some of our focus over to that.

At this point of the year, without even a final 2021 car design, do you feel you’re in sort of a ‘no man’s land’ when it comes to 2021 preparation?

You’re right, we’re in a ‘no man’s land’ where there is not a lot of technical information right now that we can get our hands on and go after it. In due time, that information will start to come and we’ll have to figure out ways to manage it and not take away from our current efforts. There is also a little bit of risk or danger in getting too far ahead. Right now, things are still shifting and decisions are just being completed or finalized and if you try to chase this thing with all your might, you’ll find yourself going down these little rabbit holes that don’t really play out for you. So, our strategy is to let things settle out, let’s understand form a core aspect what is the car; what are the pieces; how does it all go together. Then, we can start tackling the engineering aspect behind that to go and compete at a high level.