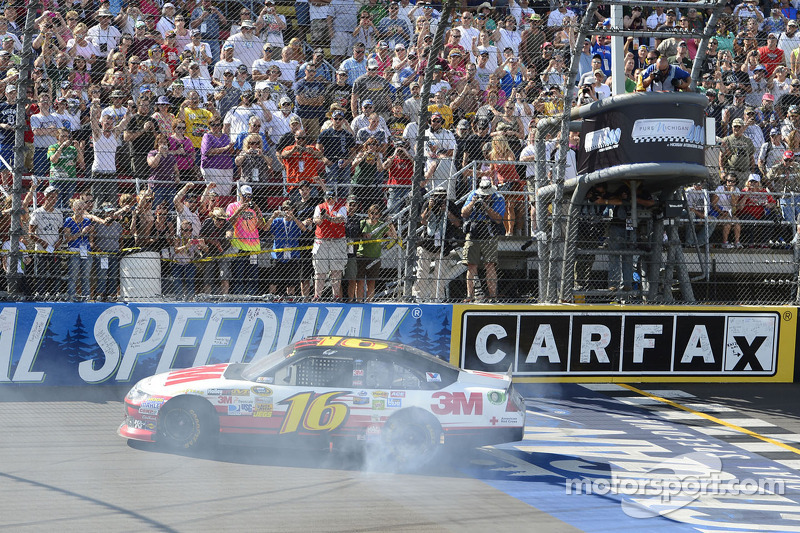 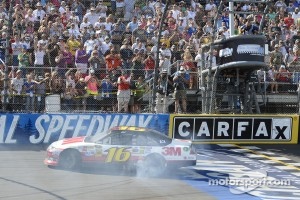 Biffle stormed past Brad Keselowski and was running a close second to Jimmy Johnson when with eight laps left, Johnson started to slow due to engine troubles and Biffle breezed by to take the win.

"I got it turned around and was catching him, and then his engine failed," Biffle said. "It was going to be a great race, no matter what. I felt like I could catch him, but we'll never know."

Shortly after Biffle sailed by for the lead, there was a caution for oil on the track. Biffle held Keselowski off during the exciting green-white-checkered finish to take home his second win of the year.

After taking a four-month absence to pursue his NASCAR Nationwide series aspirations, Josh Richards was not only back on dirt this weekend, but also back in Victory Lane. Richards was victorious at Merritt Raceway in Merritt, Michigan after winning the World of Outlaws sanctioned NAPA Auto Parts Merritt 50. His teammate and fellow Roush Yates Engines driver, Brandon Sheppard finished out strong at second place.