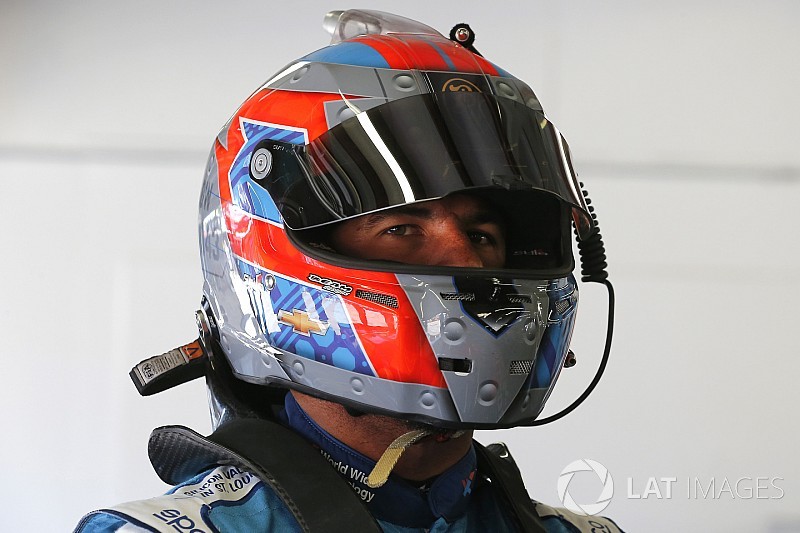 Richard Petty Motorsports announced on Saturday it had picked up an option and extended driver Darrell Wallace Jr.’s contract.

The option will retain Wallace as the driver of the No. 43 Chevrolet in a “multi-year agreement.” Wallace confirmed it would go through at least the 2020 season.

Wallace, 24, is currently in his first full season in the Monster Energy NASCAR Cup Series and is contending for rookie of the year honors. He is currently 24th in the series standings with his best finish a second in the season-opening Daytona 500.

“Our highs have been well documented and so have our lows,” Wallace said in a statement. “It's all a part of growing together as a team with a new alliance, a new shop, a new manufacturer, a new car and being a rookie driver.

“It's a wild ride and I'm thankful to the Petty family for allowing me to be on it. Richard (Petty, co-owner) is competitive, and I think about winning in the '43' all the time. We both want the same thing and we're building that. Today, allows us to get this confirmed and continue to focus on the future.”

The next season he finished third in the Truck series standings with four wins for Kyle Busch Motorsports before moving up full-time to the Xfinity Series with Roush Fenway Racing in 2015, where he earned 31 top-10 finishes over three seasons.

“We have faith in Bubba and in our team that we’ll continue to get better, together,” said Petty. “This confirmation allows our partners to start building for next season and beyond. It also allows the different companies that we're talking to now know that we're very serious about building our future with Bubba as our driver.”