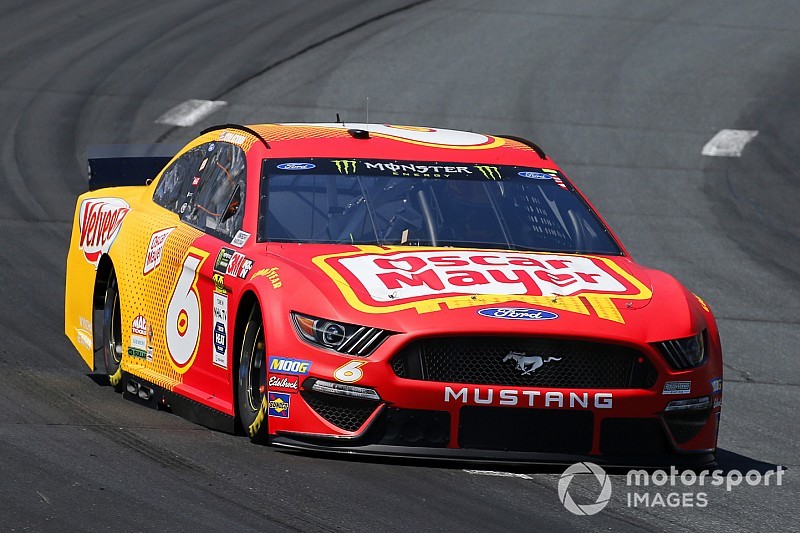 Where others may have seen Ryan Newman’s NASCAR playoff prospects as dire, he continues to see opportunity.

Newman’s run in Sunday’s Foxwoods Casino 301 at New Hampshire Motor Speedway was a microcosm of his season – flashes of speed and potential hindered at times by unexpected problems.

Newman survived it all Sunday, starting from the rear of the field after wrecking in practice, sliding through his pit stall during the race and at one point sitting on pit road with the hood up on his No. 6 Roush Fenway Racing Ford.

The engine issue itself could have been terminal but it turned out to be a broken coil wire that his team was able to repair on pit road.

“We caught a couple breaks there with cautions and did all we could to stay on the lead lap and it worked. If we would have had one more decent run in there, we could have been up there racing with them for the lead, but the second to the last run we were just way too loose.”

In the end, Newman rallied for a seventh-place finish, extending a run of five top-10 finishes in the past six races that has moved him from 18th to 15th in the Cup Series standings and into the thick of the playoff picture.

“We’re just out there doing the best that we can and I don’t think of it as dire. I think of it as opportunity,” Newman said. “We keep gaining. This is our first time at this race track.

“We’ve got a string of top 10s going here that we need to keep going and look forward to these next few races.”

This is Newman’s first season at Roush and while he got off to a slow start – falling to 19th in points after seven races – the team continues to find ways to fight its way to the front of the field.

“Honestly, it was the most fun I’ve had all year in a race car, and that’s mostly because we had a good, competitive Ford,” Newman said. “I slid through the box. We had a bad coil wire.

“We had a bunch of things that set us back, being in a back-up car starting last and to have the finish that we did at a track that is usually difficult to pass at, but I will say that I did pass a few guys three-wide and that doesn’t happen very often here.

“I’m proud of the team effort and it’s something to build on for sure.”

Kevin Harvick: "Confidence is never anything that we will lack"